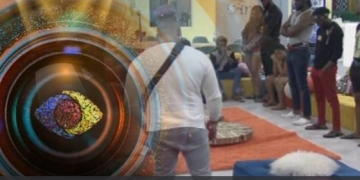 Eight housemates have been nominated for eviction in the ongoing Big Brother Naija Shine Ya Eye reality show.

The nominated housemates will be evicted on Sunday,September 12, day 50 of the show.

The nomination which was supposed to come after the Head of House challenge, came as a surprise, when Big Brother informed the housemates that he would call each of them to the diary room to nominate two housemates they would love to see for possible eviction on Sunday.

After the nominations, Big Brother called out the names of the nominated housemates.

However, according to the rule of the show, a nominated housemate can be saved by the Head of House and replaced with another housemate.