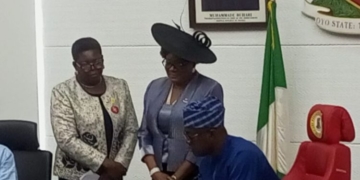 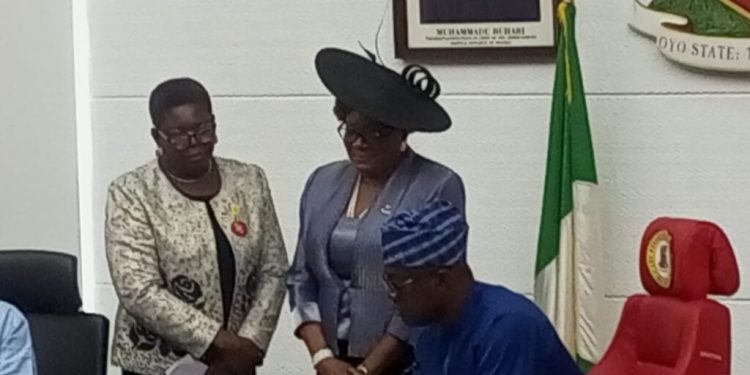 Oyo State Governor, ‘Seyi Makinde, has swore in Justice Iyabo Yerima as the acting chief judge of the state.

The swearing-in of Yerima as the new acting chief judge was done at Executive Chamber of the Governor’s Office, Secretariat, Ibadan, on Monday.

Speaking, Makinde said his administration will continue to work with all other arms of government to ensure a system that the people of Oyo State would be proud of.

He said this administration will give Yerima the supports needed to carry out her duty diligently.

The governor also expressed confidence in the ability of the new acting chief judge to steer the ship of the judiciary in the state.

Makinde explained that when re-elected under Omituntun 2.0, his administration will even do more to reduce the infrastructure deficit of the judiciary and complete the work of modernising the judicial arm of government.