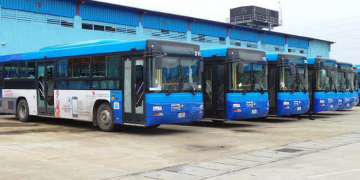 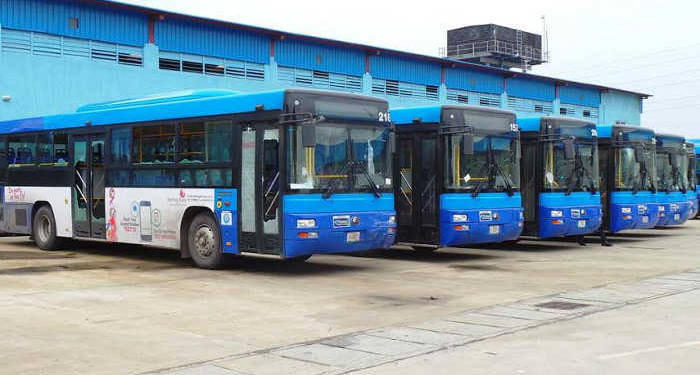 Drivers and ticketers at all BRT terminals in Lagos on Tuesday embarked on an indefinite strike over unpaid salaries and reversed terms of service.

Commuters who arrived at the terminals to board were stranded for hours before learning of the strike.

According to a Vanguard report, the workers had initially convened an emergency meeting at about 5.45am at Majidun loading station before proceeding on the strike. As soon as the meeting was over, the protesting workers barricaded the BRT route to prevent any bus from leaving the premises of the company or ply the route but the protest was carefully managed to prevent break down of law and order in the axis.

Apart from the reversal of their terms of service, the workers protested unpaid salaries for the month of July and breach of agreement by management.

Some of the drivers who spoke on condition of anonymity said for the past four months, the management had slashed salaries from N60,000 to N45,000 and effort to get them to revert it proved abortive.

One of the drivers who spoke on condition of anonymity said the management had initially issued a letter of appointment in November stating N60,000 as salaries only to issue another one recently stating N45,000.

Apart from this, any driver who does not record an accident in a month is entitled to a performance allowance of N20,000 (Twenty-Thousand Naira) but this has been slashed to N14,000 (Fourteen Thousand Naira) in the new letter.

“They sanction us anyhow and cut salaries and allowances. Our working hours are from 6am to 2pm and 2pm to 10pm but this has been extended without prior notice. Apart from this, there is no provision for staff bus and if one closes late, he is forced to pass the night in the office or risk being attacked by hoodlums.”

Commercial buses took advantage of the strike and hiked their fares astronomically.