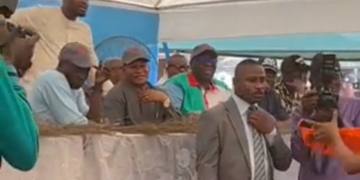 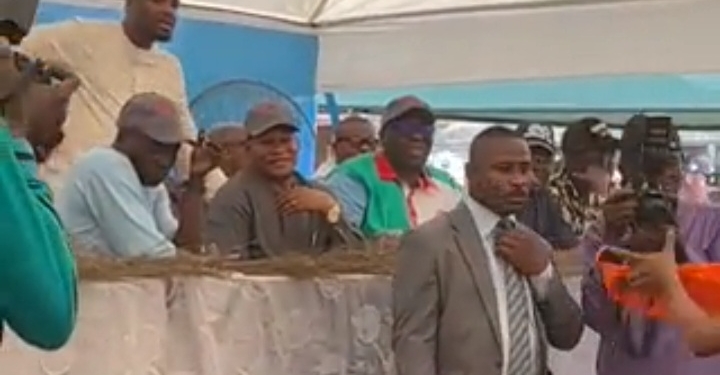 The defectors, who were said to be over 5000, are members of the Lagos4Lagos movement founded by Jandor.

They were formally received at a reception held at the APC secretariat, along Acme road, Ogba, Ikeja.

The supporters also submitted all the souvenirs and insignias of Jandor in their possession at the event.

The reception was attended by the deputy governor of the state, Dr. Obafemi Hamzat, APC state chairman, Cornelius Ojelabi, and other leaders of the party.

Some of the defectors who spoke at the reception said the state cannot be entrusted to Jandor, whom they said was not accountable to them.

A leader of the defectors, Hon. Idowu Daramola, from Ilupeju Ward I, Mushin, said the emergence of Tinubu made them to have a rethink about their direction.

“Moreso because of the lack of accountability and transparency of Jandor, that was why we left him. Also, the way he chose his deputy is another factor,” he said.

Coordinator, Jandor for Diaspora, Kashim Akanbi, said the emergence of Tinubu as the party’s presidential candidate changed the dynamics of politics, not only in Lagos but in Nigeria as a whole, adding that he had no option than to join the progressives.

He said: “By this declaration, all the support and contributions we have given to Jandor and our former party, we are bringing it to APC.”

Another leader of the defectors, Mr. Ahmed Mofeola, stated that Tinubu had done well for the country and it is time the people reciprocated his good gesture by voting for him.

“My vote is for Tinubu and Sanwo-Olu,” he declared.

Speaking, the deputy governor, who handed the party’s flags to the defectors said they have made the right decision.

He said the state is moving in the right direction, hence, the need for Lagosians to support the re-election bid of Sanwo-Olu, adding that Lagos is the only state in the world that is singlehandedly funding the rail.

The APC chairman, Ojelabi, said the party would integrate the defectors into the party without any hassle, saying there will always be a space for everyone.