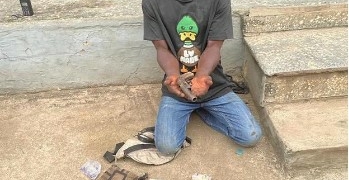 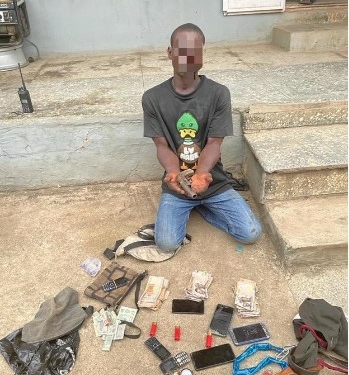 The Lagos State Police Command has confirmed the arrest of a man, Azeez Jimoh, for robbing pedestrians of their valuables in Meiran area of the state.

The command’s spokesperson, SP Benjamin Hundeyin, in a post on Twitter, said Jimoh and his gang were perpetrating the crime when they spotted policemen and fled.

Hundeyin said the policemen gave the robbers a hot chase and apprehended Jimoh, adding that efforts are ongoing to arrest fleeing members of the gang.

“On December 15, 2022, around 11.50pm, three men using a motorcycle, while robbing pedestrians, spotted the Meiran Division patrol officers and took to their heels.

“After a hot pursuit, Azeez Jimoh was arrested with a locally-made pistol, three unexpended cartridges, eight stolen phones, a wristwatch, a security chain, padlock and N93,200 cash. Efforts are on to arrest the fleeing two,” he said.