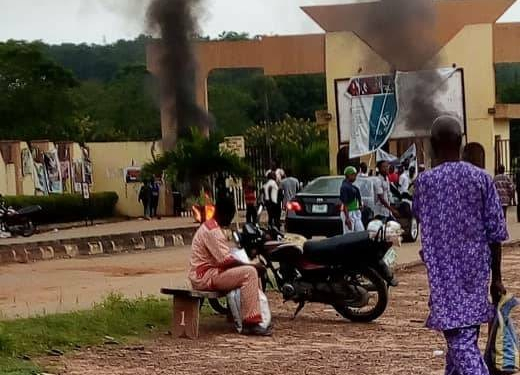 The management of Ladoke Akintola University of Technology (LAUTECH) has formally announced increase in school fees starting from the 2018/19 session.

A mail sent to students on Monday said the new school fees for returning students who are indigenes of Oyo and Osun states is N200,000 while non indigenes are to pay N250,000.

The present 100 level students paid N120,000 for indigenes and N150,000 for non-indigenes as part of the resolution of the institution after the university strike that lasted for months.

Students on Tuesday staged a protest against the hike. As early as 6:30 a.m, they locked the institution’s campus gates in Osogbo and Ogbomoso.

They also set up burn fires in front of the campus in Ogbomoso, threatening to remain there until the school reversed the fees. Activities on campus are currently grounded and vehicular movements restricted.