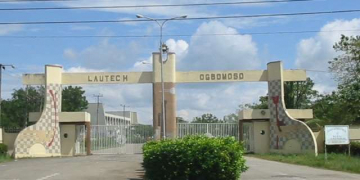 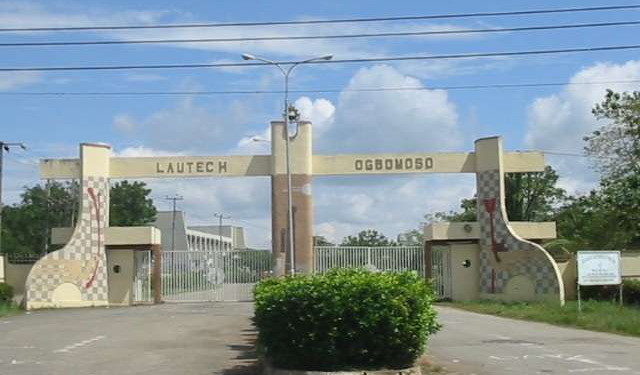 Members of the Academic Staff Union of Universities (ASUU), at the Ladoke Akintola University of Technology (LAUTECH), Ogbomoso have vowed to re-embark on the strike action they suspended less than three months ago.

In a statement issued early in the week, the lecturers said they have invoked the No Pay No work rule, saying they will stay off work until they are paid.

According to the statement, the lecturers are being owed more than seven months salaries.

Below is the statement issued. It provides an insight to the workers plight. 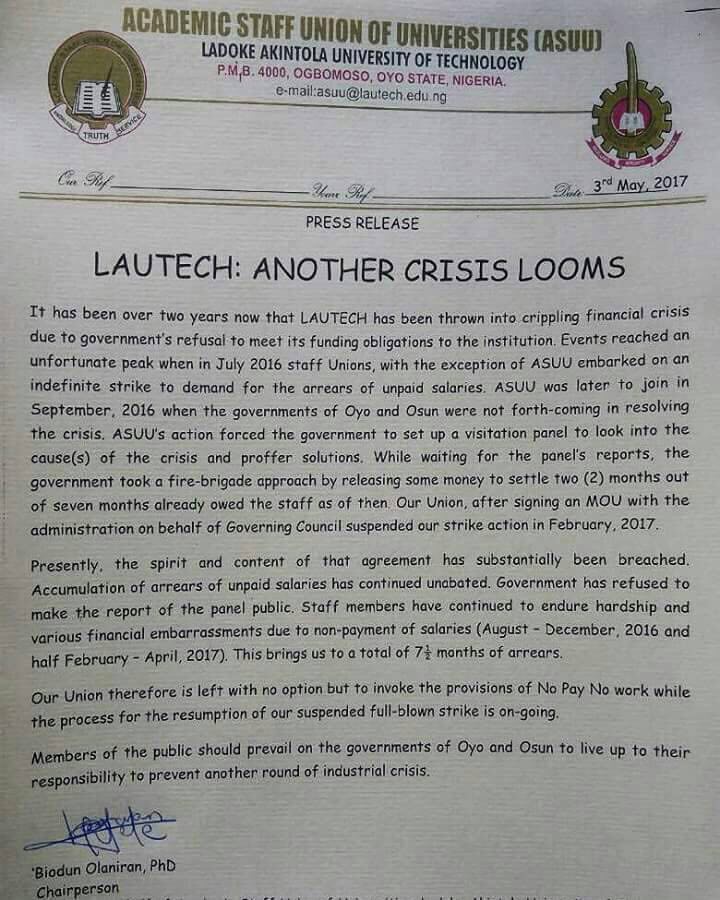