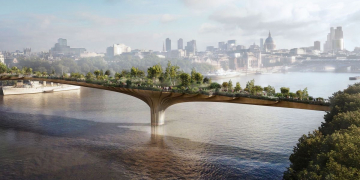 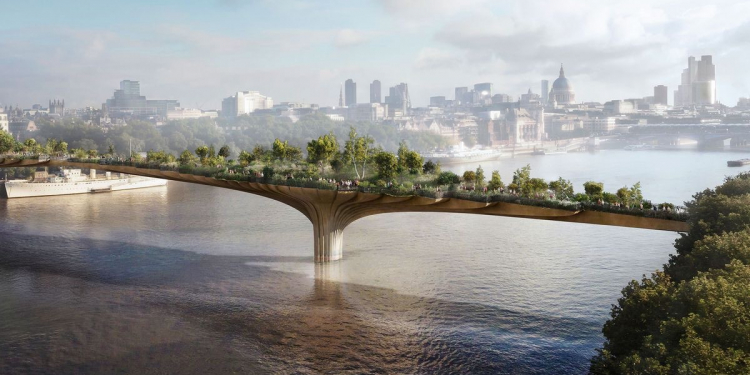 The Garden Bridge Trust has announced that it is winding up the project due to a lack of support from Mayor Sadiq Khan.

In April, Sadiq Khan said he would not provide the financial guarantee needed for planning permission.

A review of the project said £37.4m had been spent and it would cost taxpayers £46.4m if it was cancelled.

In a letter to Mr Khan, the trust’s chairman Lord Davies said: “We are incredibly sad that we have not been able to make the dream of the Garden Bridge a reality and that the mayor does not feel able to continue with the support he initially gave us.”

He said the trust had raised £70m of private money towards the project and had satisfied most of the planning permission conditions.

“The Garden Bridge would have been a unique place; a beautiful new green space in the heart of London, free to use and open to all, showcasing the best of British talent and innovation,” Lord Davies said.

“It is all the more disappointing because the trust was set up at the request of TfL (Transport for London), the organisation headed up by the mayor, to deliver the project. It is a sad day for London because it is sending out a message to the world that we can no longer deliver such exciting projects.”

On why he decided to drop the project, Mr Khan said it was his “duty to ensure taxpayers’ money was spent responsibly”.

“Following the very serious issues highlighted in Dame Margaret Hodge’s independent review of the bridge – including a funding gap of over £70 million, potentially unlimited costs to London taxpayers to fund the bridge in the future, systemic failings in the procurement process and decisions not being driven by value for money – I could not permit a single penny more of London taxpayers’ money being spent on it.

“I have been clear since before I became Mayor that no more London taxpayers’ money should be spent on this project and when I took office I gave the Garden Bridge Trust time to try and address the multiple serious issues with it.

“Londoners will, like me, be very angry that London taxpayers have now lost tens of millions of pounds – committed by the previous Mayor on a project that has amounted to nothing”.

Below is the Garden Bridge timeline published by BBC