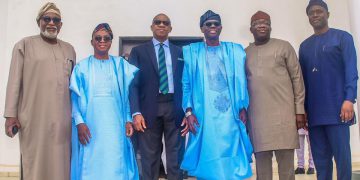 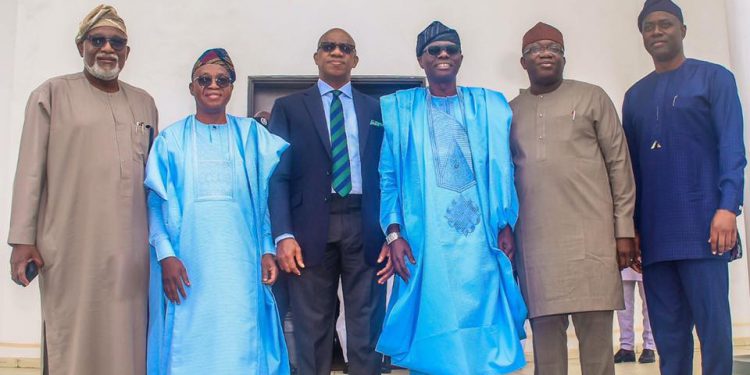 Governors of the six states of the South West have stated that there is no going back on their desire to have state controlled policing system, especially as insecurity continues to grow in the region.

The governors made their stand known at the Stakeholders Sexurity Summit held at the Theophilus Ogunlesi Hall, opposite the University College Hospital (UCH), Ibadan on Tuesday. The Summit was organised by the Development Agenda for Western Nigeria (DAWN) Commission to address the growing cases of kidnapping, armed robberies and banditry in the South West region.

Also present were critical security stakeholders including traditional rulers, heads of the police, NSCDC, FRSC, Vigilante associations, socio-cultural groups, members of the academia among others.

Each of the governors took turns to address the crowd on teir thoughts on te insexurit in the region and their readiness to pursue a regional approach to security.

Prominent among areas of agreement between the governors was the issue of state police. They jointly agreed that the time for state police is now. They also declared their commitment to a regional approach to security and economic development.

Below are important quotes from their speeches:

We can’t have a unitary police system in a federal sustem in Nigeria. Gathering and processing of effective intelligence can’t be achieved in the present structure. Our advocacy is not tantamount to removal of Federal Police. They can exist side by side.

This crisis should unite us, not divide us. We must tackle the root causes of insecurity in our region which are ignorance, poverty and crime.

As Governors, it is our responsibility to ensure that everyone in our midst, indigene or alien resident is assured of security of their life and property. We also know that there are barriers preventing us from carrying out this constitutional responsibility to the fullest measure. One of those barriers is the fact that we do not control the security apparatuses in our states. We are grateful that the Federal Government is finally giving due consideration to the creation of state police. You will agree with me that the advantages of community policing far outweigh whatever fears people may be expressing against it. We have reached that point in our national consciousness where we can no longer tarry, the time to act is now!

No state in the region can achieve greatness in isolation. We must work as brothers. Partisan colouration should not limit the collaboration we can have. Our collective goal should be the security of our space and safety of our people

Ogun fully supports state police. We are ever ready and willing to coperate with any initiative that will improve the security of the South West.

We must secure our borders. Our borders allow free movement of illegal aliens and we are not sure of their mission.

At the end of this summit, I expect a clear roadmap for security and periodic review to track whatever we’re doing.

The nation is grossly under-policed and the Police Force is sorely underfunded. Contrary to the United Nations’ ratio requirement of one police man to 400 citizens, the Nigeria Police has less than 400, 000 officers to cover 180 million people. The Force said it needs 155,000 more men to police the nation’s population. The implication of the above is that we need to recognize this situation as an emergency and treat it as such. The Police should be adequately funded and provided with enough personnel and other logistics support to do their job.

Perhaps on account of the security challenges that we face today, there might be no better time to revisit the call for state police as local officers are better suited to secure our communities.

We need to do a lot of advicacy because state and neighbourhood police is very important now.

The Lagos State Security Trust Fund is a blessing to the security of Lagos. It was established 12 years ago. We are planning to review it and retool it to meet the challenges of modern realities. We recommend the same for other states in the South West.

NYSC reacts to reports of abduction of members in Ondo