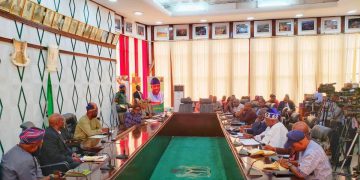 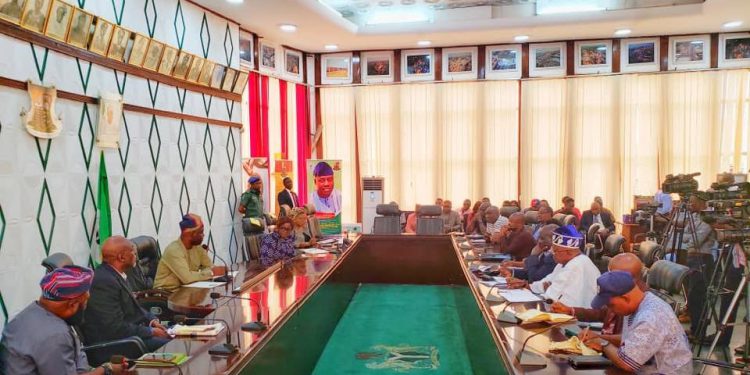 Governor Makinde made the disclosure at the 3SC Stakeholders Forum he hosted at the Executive Council Chambers, Governor’s office, Agodi Ibadan.

Restating his government’s commitment to transform 3SC and ensure that it reclaims its lost glory, he said everything would be done to transform the 3SC and return it to the Nigerian Premier League.

This was as stakeholders of the club, including the General Manager, Rasheed Balogun; Team Manager, Dimeji Lawal and Supporters’ Club chairman, Oluwafemi Olaniyi, among others, commended Governor Makinde for his uncommon support to the 3SC in less than three months in office.

They said that the club had not only been underfunded by the last administration, it was also not given enough moral support even when it gained promotion to the NPFL.

A statement signed by the Chief Press Secretary to the governor, Mr. Taiwo Adisa, quoted the governor as saying that that the club should be playing in the Nigerian Premier League, in view of its rich history and dedicated fan base across Nigeria and even Africa.

He maintained that the state government would “do whatever is necessary at this point; pick up the pieces and face the future to ensure that the club reclaims its lost glory.”

He directed the management of the club to forward a proposal to his office on any areas where it needed to fortify.

His words: “What happened at your last match in Asaba, you know when people start saying maybe it was by some uncommon means that we lost the match…, then I will tell you that my sitting here is a miracle. So, I say that 3SC will be promoted this season. If it will take a miracle, we will make it happen.

“We will make changes that can give us the desired result, what is important is that the management and the players should do their own bit, we will motivate you and properly fund the club. But to whom much is given, much is expected.

“We will give you the required resources and attention because of the importance we attach to the club. When 3SC is not doing well, you are not the only one feeling the pain; the generality of our people also feel the pain.

“We will look for ways and means to make things happen fast within the limit imposed by the governance structure. I have listened to you, and we will take into consideration what you have said,” the governor stated.

The governor stressed that some of the problems identified by the stakeholders will be resolved by the government, saying that “some of the challenges of 3SC are surmountable. I was in this state in the early 80s when Leventis United got promoted from Division 3 to Division 1 and in one season, won the Challenge Cup from Division 3.

“What 3SC mean to me is that it is a club that the generations of Makindes have been supporting. I am a die-hard supporter of 3SC.

“3SC will definitely get promoted this season, if it will take a miracle, it won’t be anything new because you have a miracle governor in the state. We have to make it happen and plan for it.”

Makinde also promised to attend some of the club’s matches.

The governor asserted that his government would not mix politics with sport administration in the state.

“We are not going to mix the sport administration with politics,” he said. “I don’t care where you belong politically, what I care about is that we will make 3SC sit where it belongs in Nigeria football. Nobody should be afraid of their job because of how you came.”

Earlier the Acting Permanent Secretary, Ministry of Youths and Sports, Mrs. Olubisi Adegoke, attributed some of the challenges facing the club to lack of policy direction.

Adegoke also advocated for the establishment of Football Academy for the 3SC, where she said young players would be nurtured for future use.

On their part, the 3SC coach, Edith Agoye; the General Manager, Rasheed Balogun; Team Manager, Dimeji Lawal; the FA chairman, Oba James Odeniran; the chairman of the Supporters’ Club, Oluwafemi Oyeniyi and the team captain, apologised to the governor over the failure of the club to secure promotion to the NPFL.

Agoye assured the governor that the club has competent players that could secure promotion to NPFL this season, asking, however, that the state looked in the direction of improving the funding of the club.

The meeting was attended by the Chief of Staff, Chief Bisi Ilaka; Secretary to the State Government, Mrs Olubanwo Adeosun; and Head of Service, Mrs Ololade Agboola; Deputy Chief of Staff, Mr Olawale Mogbonjubola, among others.