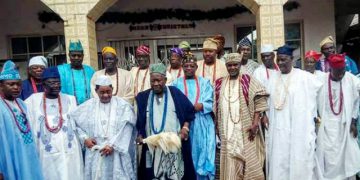 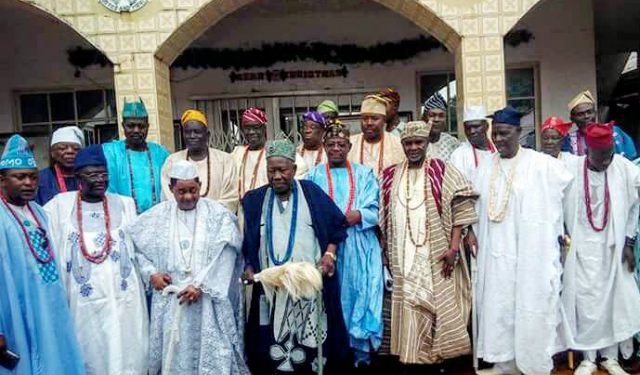 The Alaafin of Oyo, the Olubadan of Ibadanland, the Soun of Ogbomoso and other traditional rulers in Oyo State will play important roles in the governance of Oyo State, Governor Seyi Makinde has said.

The Governor made this known on Wednesday while speaking at an event to mark the 56th birthday of the Olugbon of Orile Igbon, Oba Francis Alao, which was held at the Ilaji Hotels and Resort.

Governor Makinde, who was represented at the occasion, by the former Chief Whip of Alliance for Democracy in the House of Representatives, Hon. Babatunde Oduyoye, assured the traditional rulers that he would assign them huge roles in the government even though the Constitution does not isolate specific roles for the traditional institution.

His words: “Though royal fathers have not been accorded their rightful recognition, as they have been excluded by the Constitution of the Federal Republic of Nigeria, 1999, from having specific roles and functions, I want to make it abundantly clear that our royal fathers will have a place and a huge responsibility in this government.

“We have identified four key areas as the pillars of this government: Education, Economic Expansion, Health Care and Security. Traditional rulers will have major roles to play in the success of these programmes, especially in the area of security.

“Our traditional rulers, like no other persons, are great custodians of values, ethos, and culture that can be explored to re-orientate the society and keep it secured.

“Therefore, I will be looking forward to consulting with all royal fathers on how best to achieve the objective of making Oyo State one of the safest in the country.”

The Governor also promised to give a facelift to the road leading to the Ilaji Hotels and Resort, adding that his government would give priority to roads with economic importance.

“If any investor has brought business into this state, the least we can do is to add value by creating good roads to such companies,” the Governor said.

While speaking at the event, the Olubadan of Ibadanland, Oba Saliu Adetunji, congratulated the Olugbon who is also the Vice Chairman, Oyo State Traditional Council.

Oba Adetunji said that being alive was not a right but a privilege, adding that it was an opportunity for any human being to be alive.

Some of the dignitaries that graced the occasion include the Eleruwa of Eruwa – Oba Samuel Adegbola, the Onpetu of Ijeru, Oba Sunday Oladapo Oyediran, the Aseyin of Iseyin, Oba Abdulganiyu Adekunle and the Deputy Speaker of the Oyo State House of Assembly, Hon. Mohammed Fadeyi.