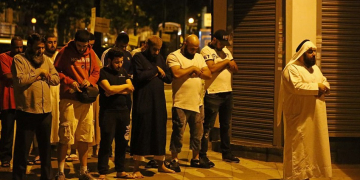 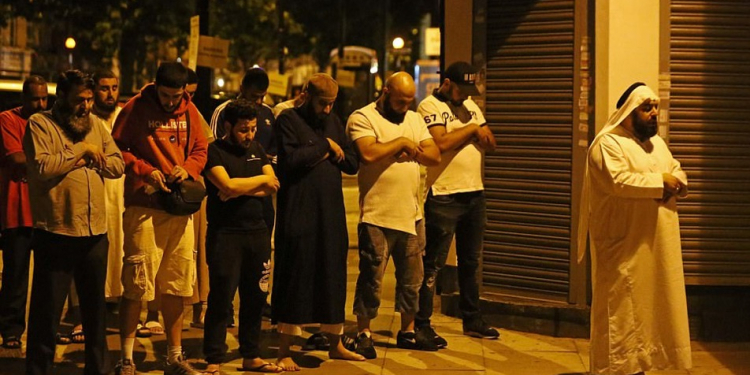 Witnesses to the suspected Finsbury Park terrorist attack claim a man shouted “I’m going to kill all Muslims” after a van ploughed into people near the area’s mosque.

At least one person was killed and another 10 injured when a van hit pedestrians following prayers at the Finsbury Park mosque in north London in the early hours of Monday morning.

The man, who wanted to be identified as Abdulrahman, which is not his real name, said he and his friends had stopped to help an elderly man who was lying on the floor at around 12.20am on Monday.

“In seconds this terrible thing happened,”‘ he said.

“Literally within a minute, a van with speed turned to where we were and ran over the man who was laying on the floor and the people around him, around eight people or 10 people got injured, some of them seriously. Thank God I’m safe, but my friends got injured.”

The van driver, described by witnesses as a large white man, was detained by members of the public after the attack in Seven Sisters Road.

Abdulrahman said: “I managed to get the driver of the van when he came out of his van.

Abdulrahman claimed the driver said “kill me”, as he was holding his head on the ground.

He added: “I said, ‘tell me why did you try driving to kill innocent people?’ When he went into the [police] van he made gestures, he was laughing.

“He deliberately did this. He caused this incident.”

Abdulrahman said he believed the old man, who had been lying on the ground before the attack, had passed away, while some of his friends remain in hospital.