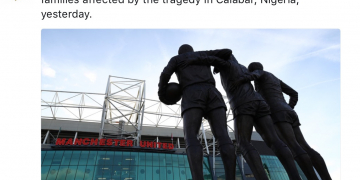 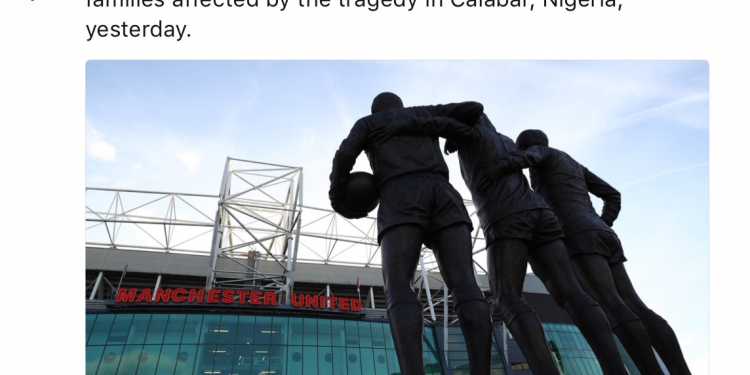 No fewer than 30 people died in Calabar after an electricity pole fell on the roof of the viewing centre where they were watching Manchester United versus Anderlecht on Thursday.

“Our thoughts go out to the Manchester United fans, their friends and families affected by the tragedy yesterday in Calabar, Nigeria,’’ the club wrote on its Twitter handle on Friday. 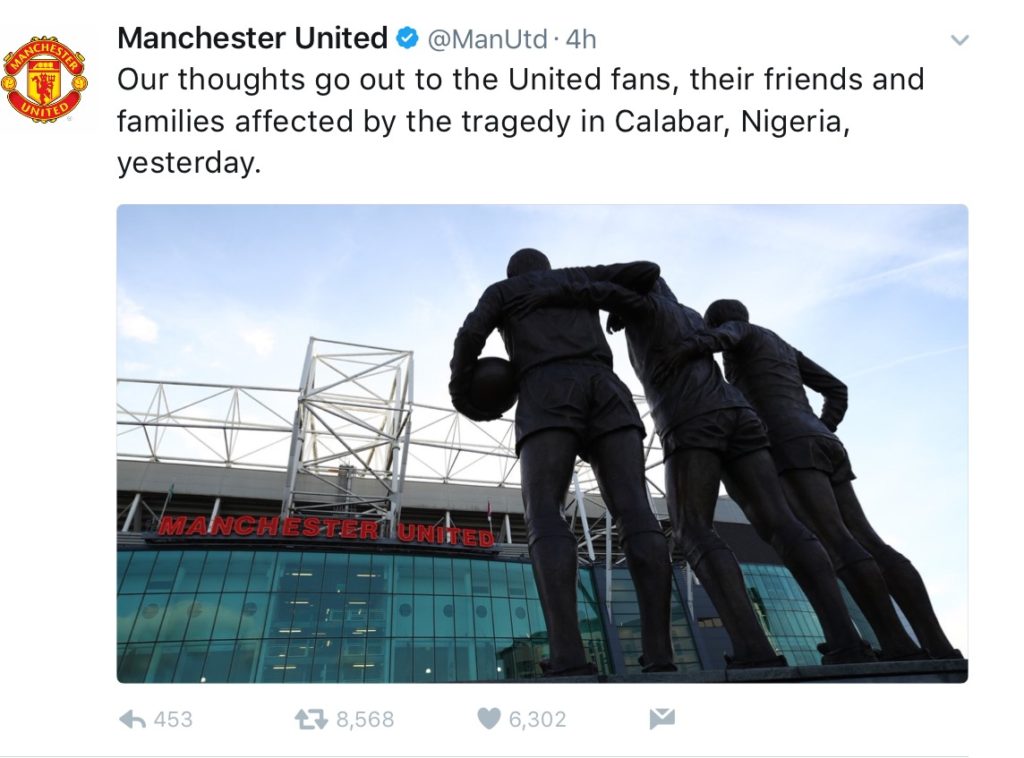 Earlier, President Muhammadu Buhari issued a statement offering his deepest condolences to the family and friends of the mostly young victims, “whose sudden demise is a big blow not only to their families, but also to the football-loving nation”.

The statement added: “The President commiserates with the government and people of Cross River State, and football fans nationwide over the unfortunate incident.

“President Buhari commends the State Government for the prompt action in setting up a commission of inquiry into the incident, and its offer of assistance to the victims and their families”

“He prays that God Almighty will grant the souls of the departed eternal rest and comfort all who mourn their irreparable loss”.