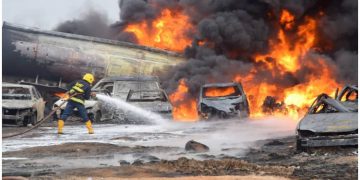 Many feared dead as petrol tanker explodes on Lagos-Ibadan Expressway

Many feared dead as petrol tanker explodes on Lagos-Ibadan Expressway 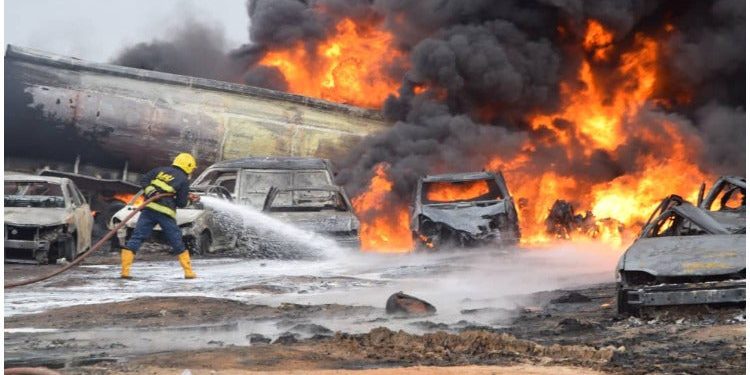 A fuel-laden tanker has exploded along the Lagos-Ibadan expressway.

The Federal Road Safety Corps (FRSC) confirmed the incident in a statement by the spokesperson of Ogun State sector command, Florence Okpe.

She said the incident happened in the early hours of Thursday.

An 18-seater bus was involved in the raging fire, which occurred at Araromi town, before Sagamu interchange, Ogun State.

Details of the incident is still sketchy, according to Okpe.

Okpe said rescue operation is still ongoing, adding that the number of people involved could not be ascertained for now.

She explained that the scene has been cordoned off, while traffic was diverted to avert a secondary clash.

“Motorists are advised to make use of alternative routes to avoid unnecessary delay.

“Motorists are advised to remain calm and cooperate with traffic managers managing the situation,” she said.