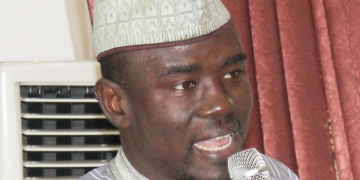 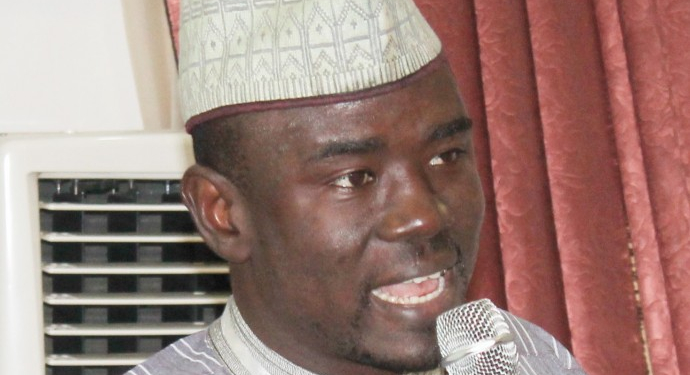 The Chief Media Consultant to the Forum of Spokespersons of Security and Response Agencies (FOSSRA), Yushau Shuaib, has resigned his appointment warning President Muhammadu Buhari of vested interests using him to fight their own proxy wars.

Shuaib was appointed as the media consultant to FOSSRA three years ago with a mandate to serve as an intermediary between all the major security and response agencies and the media in Nigeria.

In his notice of resignation to the Chairman of the forum and Director of Defence Information, Brig Gen Rabe Abubakar, Shuaib said he could no longer continue to serve FOSSRA which, he noted, is under the auspices of Office of National Security Adviser (ONSA) because of what he termed “misleading report by presidential committee under the same ONSA” for unjustly accusing almost all institutions and individuals that served the office without fair hearing.

He queried the rationale behind empowering a Panel on Procurement of Arms that is composed of retired and serving military officers to also be saddled with probing contracts and services that have nothing to do with arms and ammunition.

“The Presidential Panel under ONSA is merely criminalizing critical institutions and indicting groups and individuals in the media without being arraigned in the court of law where the accused could prove their innocence.”

“While it is wrong to criminalize the military by subjecting their officers to scrutiny in an agency headed by a policeman, it is appalling the continued exposure of our judiciary to public ridicule in the sensationalized anti-corruption campaigns.

“In this context, it is foolhardy for anyone to now contemplate using a PR agency to rubbish media integrity as another critical stakeholder. PR people engage the media professionally and responsibly to achieve strategic objectives.

“I strongly believe that President Muhammadu Buhari is being misled with negative and predetermined reports that continue to portray Nigeria as the most corrupt nation when he should be encouraged to address the current problems of weak Naira, fuel crises, poor electricity supply, and skyrocketing costs of living among other economic challenges which are denting the image of the administration.

President Buhari certainly does not need lies and distractive propaganda at this critical period.”

“Since the President is neither a god to be worshipped nor a devil to be feared, President Muhammadu Buhari deserves love and respect of the citizens through transparency and motivating demeanour which are characteristics of a compassionate leader.

“My position on incorruptibility and integrity of Buhari is an open secret through my writings over two decades, right from the university days.
“We stand for Buhari not out of fear as if every Nigerian is a criminal; we love and pray for his success as a national leader. We therefore urge the President to be wary of vested interests who are clearly capitalising on his sincerity and trust for their own proxy wars.

“We honoured the invitation to serve our nation out of patriotism and we dutifully provided our services as crisis communicators diligently and professionally. While acknowledging the moral support and encouragement from critical stakeholders, we will continue to volunteer, support and render the services responsibly. We would never abandon our clients, partners and friends especially those who are unduly victimised and vilified.”

Shuaib vowed to head to the court “to clear our name from the unfortunate media trial of indictment that has been used consistently to unjustly rubbish reputations of institutions and individuals without following the rule of law or due process.”

He also wondered if President Buhari was able to conduct comprehensive background checks on some members of the panel before their appointment, saying:

“A mere google check would have provided him a glimpse on the character and ethical capital of some of these individuals who may likely be showing frustrations occasioned by stagnation in posting, arraignment before court martial for indiscipline and fund misappropriation while in service apart from those that might have served as aides to controversial figures” .

While defending a PR agency, Image Merchants that has been working for security agencies since 2013 with over 20 staff on its monthly payroll, Shuaib said:

“It is mere mischief for the Jon Ode-panel to indict an umbrella strategic communication outfit that was not involved in partisan politics but provided proofs of its assignment and paid the full taxes demanded by the panel only for the same panel to turn around and claimed nothing was done just few days after an article we published exposing the lies being orchestrated that no weapons were bought by the previous administration for the prosecution of war on terror.

“The panel members were even arguing with us on some contents of the published article forgetting that while most of them were on retirement we risked our lives by engaging top serving military officers on various security issues and on the field which we disseminate through the media to the public.

"Coffin of ammunition" photos are not real, army warns