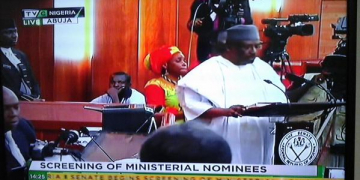 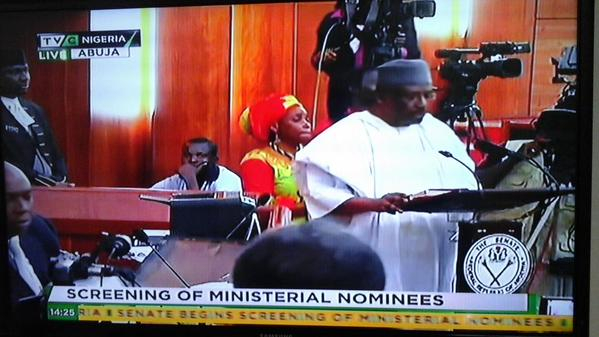 Ministerial nominee and former. Chief of Army Staff, Lt. General Abdulrahman Dambazau may be Defence Minister judging from his CV and the questions he addressed during screening on the floor of the senate.

He first took time to reel out his intimidating military qualifications – antecedents, courses and involvements.

He debunked the claim by a senator that Nigeria has no defence policy, saying he was indeed contacted some months ago to be part of a committee to review the document.

There is desertification in he north and erosion in the south, so everyone is moving towards the centre

‘Despite our challenges the military is still attractive; we always have large turn-out during recruitment

Ministerial screening: Lai Mohammed hits PDP senators "below the belt", then "takes a bow and go"