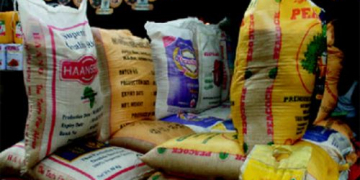 Mother sells baby for N.7m, but gets half bag of rice in return

Mother sells baby for N.7m, but gets half bag of rice in return 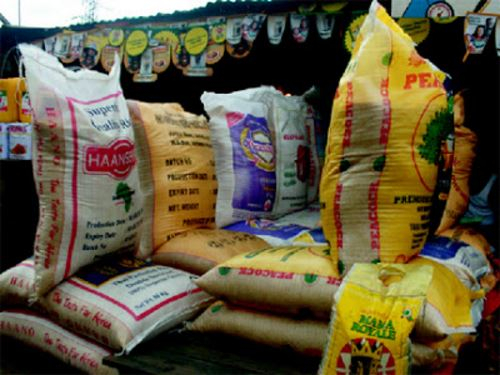 A mother, Chioma Fidelis, age 20, from Ehime Mbano Local Government Area of Imo state, yesterday, said after selling her baby, Favour Fedelis, not up to a year old, she was given a half bag of rice, chairs and provisions as well as bags of cement to build a house.

I didn’t distribute bags of rice bearing my face- Tinubu

NAFDAC denies conducting test on bags of rice distributed to Oyo, others

Chioma made this confession, while being paraded along side other 40 suspects of different offences by the Imo State Commissioner of Police, Mr. Chris Ezike, at the police headquarters in Owerri.

According to Ezike, the arrest of the child traffickers was made on July 10, 2017 by the surveillance team of the command. He said that it was as a result of the whistle blowing policy of the command as well as community policing methods. In her confession, Chioma said: “I got pregnant by mistake. I did not know how it happened. When I born the baby, I did not have money to take care of him.

“So, I decided to sell the child. They told me that they sold the child for N700,000. I did not collect any money from them. They gave me half bag of rice, chairs, provisions and bags of cement which I used to repair my house.”

While Mrs. Chidimma Unakala Mgba, age 34, from Mbomiri in Mbaitoli Local Government Area of Imo state, who facilitated the deal, said that the mother of the child complained that she could no longer take care of the baby.

Speaking to Vanguard, the buyers of the child, a couple, Mr. Jonas and Salomi Anyanwu, from Umunakanu in Ehime Mbano Local Government Area of Imo state said, “It is true that my husband brought the money that we use in buying the child.

Let me tell you, because we needed the child my husband had to borrow money, N700,000 and give it to Chidimma, and collected the child.

“I wanted to reject the child but because of God I collected the child and started training him.”

Also paraded was a prison officer, Mr. Emmanuel Anyadike, working with Owerri prison suspected to be coordinating crimes with eight syndicate of kidnappers.

He was said to be arrested at a hotel at night while trying to pay for a hotel room for a member of the syndicate.

Osinbajo presents birthday cake to wife at midnight and this morning, they do this: