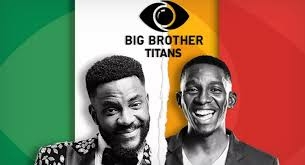 BREAKING: Actress Emu in DSTV’s The Johnsons series is dead

Leading entertainment company, Multichoice, has revealed the date of the premiere of its African Reality TV show, Big Brother Titans.

The show’s debut was revealed at a press briefing on Thursday by the head of content and West Africa channels of Multichoice Nigeria, Busola Tejumola.

The host of the popular Big brother Naija show, Ebuka Obi-Uchendu was also unveiled as the host of the show, alongside Nigerian broadcaster, Lawrence Maleka.

According to Tejumola, the show will be hosted in South Africa and the winner would walk away with a grand prize of $100,000.

According to the organisers, the show will run for 77 days and end on April 2, 2022. Also, viewers can only vote for their favourite housemates for free on BBNaija’s official website and mobile app as well as on the MyDStv and MyGOtv apps.

Speaking on the upcoming show, the CEO of Multichoice Nigeria, John Ugbe, said the Big Brother Titans would be a mix of BBNaija and Big Brother Mzansi of South Africa.

Ugbe further stated that the reality show would include contestants who must be Nigerian or South African citizens with proper means of identification.

“The long history of rich culture and talent shared by both countries will be brought to life through the Titan housemates in one house.

“I can only imagine the explosion of drama and intrigue that will ensue.So, imagine ‘Afrobeats’ meeting ‘Amapiano’; imagine the food and everything else that will be showcased; we think this will be quite exciting.

“We are excited about the special big brother season, and we will reveal more details at the right time sometime next year. If you think you have got what it takes to be Biggie’s next reality TV star, this message is for you,” Ugbe said.