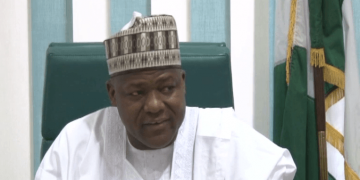 MUST READ: Dogara explains National Assembly’s powers to tinker or ‘pad’ the budget

MUST READ: Dogara explains National Assembly’s powers to tinker or ‘pad’ the budget 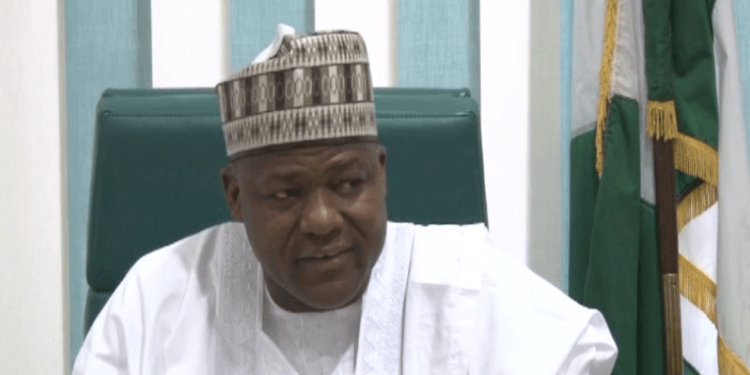 The Speaker of the House of Representatives, Yakubu Dogara, has said that neither him nor any other member of the National Assembly could be investigated or prosecuted for performing the legislative duty of passing an Appropriation Act.

He was reacting to calls by many for lawmakers accused of allegedly padding the 2016 budget to be investigated by the EFCC and ICPC and charged to court accordingly.

Speaking on Thursday at a ‘Civil Society Dialogue Session’ in Abuja on the ‘One Year of the Legislative Agenda of the 8th House’, Dogara took on critics, who joined a former Chairman, House Committee on Appropriation, Abdulmumin Jibrin, to accuse him of budget padding. He said they lacked the understanding of the powers of the legislature on appropriation.

Dogara said:“It doesn’t make sense. They have forgotten about the Legislative Houses Powers and Privileges Act, sections 24, 30 and others, which state that most of the things we do in the National Assembly are privileged.

“They cannot be grounds for any investigation into the procedures or proceedings against a member of parliament; either the Speaker or the President of the Senate; once they are done in the exercise of their proper functions.

“The law is there; you can go and read it. This is in order to give independence to the legislature. If the legislature is not independent, we can’t do anything. If whatever you say on the floor of the House or either in the committee is subject to litigation, then all the members will be in court. At the end of the day, when debate comes, you cannot even air your view.

“The budget is a law and nobody can object to the fact that only the legislature can make the law and only the parliament that can conclude it”.

The Chairman of the ICPC, Mr. Ekpo Nta, however says that the body has power to investigate the National Assembly.

While speaking on Sunrise Daily, a talk show on Channels TV, Nta, who confirmed that the ICPC had received a petition from Jibrin, said:

“We can investigate infractions, and it is not a new function. It has always been there and we have always investigated when infractions happened, but what I will not tell you are the processes of investigation.”

Speaking further on the 2016 budget, Dogara referred all commentators to the 1999 constitution (as amended) and the Legislative Houses Powers and Privileges Act, pointing out that a legislator was empowered to make any law, including the Appropriation Act, without being called to question.

“The Constitution talks about the estimates of revenue and expenditure to be prepared and laid before the National Assembly. The Constitution did not mention the word budget.

“The reason is very simple. Budget is a law. Going by very pedestrian understanding of law, which even a year one law student knows, the functions of the government are such that the legislature makes the law, the executive implements and the judiciary interprets the law.

“The budget being a law, therefore, means it is only the parliament that can make it. I challenge all of us in the media and civil society organisations to look at our law and state where it is written that the President can make a budget.”

On the allegations that the budget was padded, Dogara argued that whatever changes that were made in the budget fell within the appropriation powers of the legislature, which could not be described as criminal.

He said, “What I am saying is further reinforced by Section 80(4) of the Constitution, which says that no money shall be withdrawn from the Consolidated Revenue Fund or any other fund of the federation except in the manner prescribed by the National Assembly.

“I want this thing to sink so that we can understand it from here and perhaps it may change the ongoing discourse.

“You say the National Assembly doesn’t have the powers to tinker with the budget; that we should just pass it. But when it is prepared, we turn it into a bill. If it is a bill, how do other bills make progression in the parliament in order to become laws?

“Because, if they (Executive) bring a bill, they will not consult the public to say come and give us your inputs on this bill. It is the legislature that does that by the instrumentality of public hearing. When we aggregate your views, it is only our duty as representatives of the people to make sure that your voices are reflected. So, by the time we hear from you, we now turn it into a legislative bill, and when it gets to the President and he signs, they say some people have padded the bill.”

He also defended the inclusion of the controversial zonal intervention projects in the budget, a sub-head that took N100bn from the N6.06tn budget.

He argued that intervention projects were introduced to correct the imbalance in project implementation by ministers and heads of various agencies.

The Speaker said, “Just take the budget of a particular ministry for instance. Just check where the directors or some of the officials come from and look at their allocations in that ministry.

“If you do that exercise, you will be shocked. And that is why we are calling to question, the integrity of that process. The minister perhaps comes from a particular region and you will see up to 60, 70 per cent of that ministry’s funds go to that place.

“In furtherance of our responsibilities and duties as representatives of the people, you want to attract projects to the other regions…”

However, Jibrin said he was alarmed that Dogara was defending “padding” when he had initially denied that there were insertions made into the budget.

He claimed that Dogara’s stance was “a diversionary plan to mislead the public, avoid the anti-corruption agencies’ probe and buy time to cover up their dirty mess.”

He also accused organisers of the programme where Dogara spoke of providing a platform forthe Speaker to defend himself.

His words: “Let’s say for example an item in a budget proposed by the executive under the Ministry of Works, Housing and Power for the purchase of a transformer cost N2m, and same amount was budgeted.

“If the Chairman House Committee on Power, because he has the power to appropriate, decides to add N3m to jack up the allocation to N5m when it is public knowledge that a transformer cannot cost more than N2m, what do you call that?”

Jibrin said, “I have forwarded to the anti-corruption agencies documents showing how Speaker Dogara and the three others allocated the N40bn they stole from N100bn for constituency projects; how they inserted about N20bn of wasteful projects; how they cornered the entire 20 per cent of inputs reserved for the House after the harmonisation exercise; attempts to force in about N30bn of wasteful projects into the budget; attempt to force me to introduce a strange line item and insert about N20bn in the Service Wide Vote; evidence showing that indeed about 10 standing committees of the House made about  2,000 insertions in  the budget worth about N284bn…”

He insisted that the Speaker and three other principal officers – Mr. Lasun Yussuff; Mr. Alhassan Ado-Doguwa; and Mr. Leo Ogor – should be investigated and prosecuted for allegedly padding the budget.

He called on the ruling All Progressives Congress to “load off” the four officials to the opposition Peoples Democratic Party.

That call may however not hold water as the APC through its Deputy National Chairman (North), Lawal Shuaibu, said on Thursday that the party will not punish Dogara and others.

READ: We won’t sanction our members over budget padding – APC