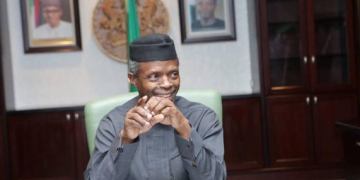 MUST READ! Osinbajo replies Afenifere: What do you mean by “restructuring?”

MUST READ! Osinbajo replies Afenifere: What do you mean by “restructuring?” 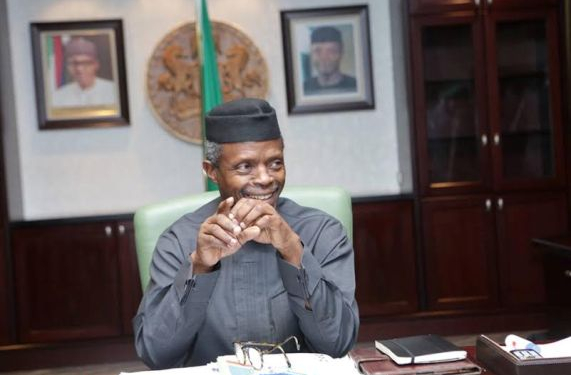 “If there are people who believe that we should restructure the country along ethnic lines, I don’t think that is the right thing to do”

Those were the words of Vice President Yemi Osinbajo replying pan-Yoruba socio-political organisation, Afenifere, which berated him for a comment he made about the restructuring of Nigeria.

Prof. Osinbajo reacted to Afenifere’s statement when he surprisingly called in during a TV talk show and call-in programme, Journalists’ Hangout on TVC where panelists were discussing Afenifere’s angst over his alleged “anti-restructuring” comment.

Afenifere had blasted the the Vice President for saying that restructuring Nigeria would make no difference.

The group said in a statement: “While we understand that the learned Professor, who is from the zone that has been loudest on this call may have come under pressure to lend his voice to the upholders of the status quo that has brought Nigeria to this sorry pass, we would like to respectfully admonish him to be sure footed on the subject before he speaks next time”

But Osinbajo reacted this evening by asking proponents of restructuring to define what they actually meant.

He stressed that he was against restructuring the country along regional or ethnic lines.

He however said he was in support of state police and resource control.

“When we talk about restructuring, we’re dealing with a huge thing. For example, I have always been a strong believer in state police, in fiscal federalism, that is to say that the states should have more resources.

“I actually went to the supreme court as attorney general of Lagos state no less than 10 times on issues of fiscal federalism. As a matter of fact, one of the things we said at that time was that we are trying to restructure Nigeria’s federalism by court action. We supported that the states have a right to autonomy with respect even to their resources.

“So, when they say restructuring, there are various areas of it some people agree and disagree with. For example, look at questions today around whether or not a state should have control over its resources. That is a major point. Of course, states ought to have a good measure of control over their resources but we must agree, how do you then ensure the federal government itself functions”

On zoning or rotation of presidency among the six geopolitical zones, the VP said “it should be left entirely to he political parties. It should be a political arrangement. I don’t believe we should put that in the constitution”. 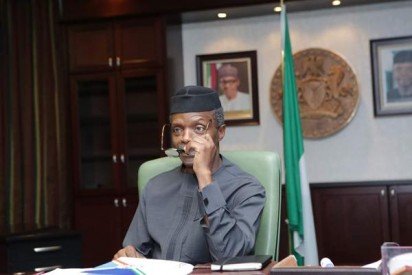 “Today we have serious economic problems. Is it on account of geopolitical arrangement?

“Corruption for example, that has completely crippled Nigeria, is corruption a geopolitical problem? What I see, just looking at he case files is that when there is corruption in Nigeria, in any case of Nigeria, you’ll find federal character, every geopoitical zone represented. Somebody has stolen $200 million or $2 billion, as you see, you’ll find that everybody is repesented – Yoruba man, Hausa man, the man from South South, you find the Igbo man…there is equal representation. So, I think we must also interrogate the Nigerian elite

EFCC set to go after lawyers who help looters escape