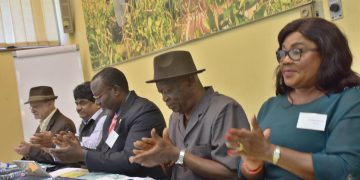 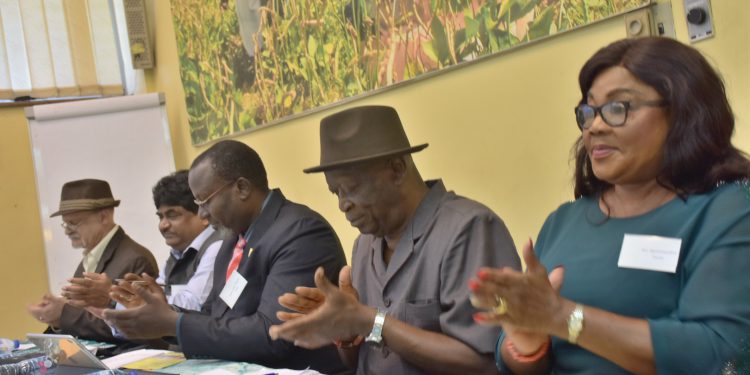 Amid mounting evidence of their harmful effects on plants, animals and the environment, some agro-chemicals are being banned across the world, and Nigeria is not left out.

According to Dr. Bukar Usman, Director, Veterinary Medicines & Allied Nutrition at the National Agency for Food and Drugs Administration and Control (NAFDAC), two of such chemicals being considered for ban in Nigeria are Paraquat and Atrazine.

Usman, who revealed this in Ibadan on Wednesday at the launch of Lifeline (a herbicide with the active ingredient, Glufosinate-ammonium) at the International Institute of Tropical Agriculture (IITA), also said that NAFDAC has already issued new regulations for the manufacturing, distribution and use of Dichlorvos or 2,2-dichlorovinyl dimethyl phosphate, popularly sold under the brand name Sniper.

The NAFDAC director stated that the listed agrochemicals are being banned in several countries as a result of their proven harmful effects, and “we can not continue to allow it in Nigeria”

He said the regulator was encouraging the introduction of new agrochemicals that are safer and environmentally friendly.

Coincidentally, Usman’s words came at a forum where a new herbicide, Lifeline, was introduced by UPL in conjunction with Springfield Agro and IITA.

Speaking at the event, UPL Country Manager-Nigeria, Mr Shanni Srivastava, said Lifeline is part of the company’s contributions in ensuring that only safer and environmentally friendly herbicides are introduced in the Nigerian market for the benefit of farmers.

He disclosed that tests and demonstrations conducted so far with farmers have proven that “Lifeline to be a better and safer alternative to paraquat in addition to the fact that its active ingredient, glufosinate, has no record of recorded resistance unlike glyphosate.”

“Another advantage of Lifeline is that it leaves no residue in soil, water and plants unlike other herbicides” he said.

He disclosed that Lifeline was already in full use by oil palm plantations and is now being introduced for weed control in the cultivation of cassava and other crops.

Farmers who participated in demos involving Lifeline testified of the efficacy of the product.

The President of the Maize Farmers Association of Nigeria, Aminu Mohammed Abubakar described Lifeline as an excellent weed control herbicide in maize. Also Mr Tope Olabokunde, a cassava farmer who participated in the Technologies for African Agriculture Transformation (TAAT) program where Lifeline was used by researchers from IITA said the product was a good controller of weeds.

In a presentation about the progress being recorded in farms across the country by IITA’s Cassava Weed Management Project, Prof. Francis Ekeleme, principal investigator of the project, revealed that the institute was monitoring the use of Lifeline by 588 cassava farmers in six states – Abia, Benue, Oyo, Ogun, Osun and Ebonyi. He stated that results gathered showed that “Lifeline is a very strong substitute for paraquat”

Speaking for NAFDAC Dr. Usman stated that the introduction of the new herbicide will relieve the headache the agency was having as it worries about the preponderance of agrochemicals that were harmful to man and environment in the country.

“The introduction of Lifeline is a welcome development,” he said. “We are happy that concerned groups are coming up with solutions to a major problem of Nigeria. We welcome more of such solutions”

He encouraged Nigerian companies to sponsor research in schools and research institutes so as to generate data that will be used for the production of better solutions that will translate to benefits for users and profits for the companies.

In a chat with Newspeakonline, Mrs Ogochukwu Okoli, president of West Agri Input Dealers Association (WAIDA) stated that while agro-dealers in the country were committed to ensuring that farmers get the best benefit on their farms, they would keep cooperating with NAFDAC in ensuring that only safe and environmentally friendly agro-products were promoted.

According to her, WAIDA has already gone ahead to educate both farmers and dealers on the harmful effect of some agrochemicals, the abuse of some products like Sniper as well as the proper use of approved agrochemicals.

She however appealed to NAFDAC to quicken listing and approval processes for better products like Lifeline that would be introduced to users in Nigeria.