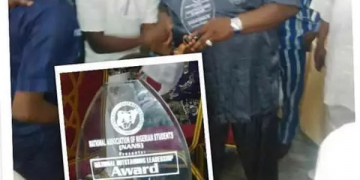 NANS splits over Buruji Kashamu’s “Man of the Year” award

NANS splits over Buruji Kashamu’s “Man of the Year” award 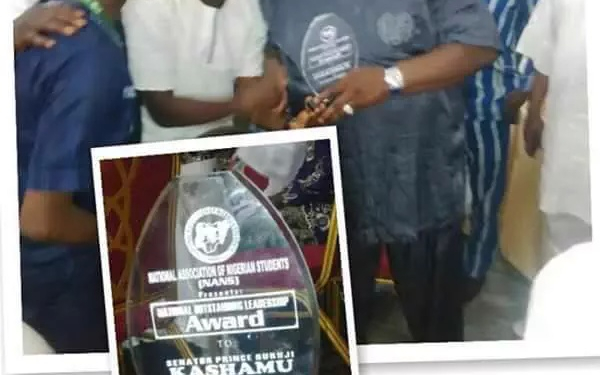 The national leadership of the National Association of Nigerian Students(NANS) has been under fire for naming the senator representing Ogun-East Senatorial District, Buruji Kashamu, the ‘Golden Man of the Year.’

The most recent criticism has come from within NANS itself – the Ogun State chapter.

In a statement criticising the award on Tuesday, the Chairman of the student body in Ogun State, Dotun Opaleye, distanced the students in the state from the position of the national leadership.

The statement partly read, “Our attention has been drawn to an ignominious NANS award presented to Senator Buruji Kashamu representing Ogun-East Senatorial District by our National President, Usman.

“This incidence is terribly disturbing to all sane minds and is capable of drawing the anti-corruption crusade of President Muhammadu Buhari backwards when men of questionable character who are wanted by American authorities for drug crimes are celebrated by the apex student body. We sincerely ask: What is so golden about Kashamu? Is it because he destroyed the Peoples Democratic Party in the South-West?

“What has Kashamu done for Nigerian students domiciled in Ogun State to merit such award? Even in his immediate environment, he hasn’t been able to donate a single toilet to schools like Olabisi Onabanjo University or Abraham Adesanya Polytechnic, not to mention other schools in his senatorial district like Tai Solarin University of Education.”

The National President, Tijani Usman, while presenting the award to Kashamu last week in Ogun State, had said: “We decided to honour Senator Kashamu because we know that he is neither the richest businessman nor politician in Nigeria, yet we constantly hear of his philanthropic gestures to Nigerians of all shades and colours, especially the less-privileged.

“We are fascinated by his large-heartedness even in the face of needless distractions. We reckon that if all wealthy Nigerians are like Senator Kashamu, the country will be a better place for us all. That is why we decided to encourage him by giving him this award.”

Three weeks ago, Usman, was blasted by the Coordinator, South-West (Zone D) of the association, Okikiola Ogunsola, for faulting the arraignment of the Senate President, Dr. Bukola Saraki, by the Code of Conduct Bureau over allegations of false assets declaration.