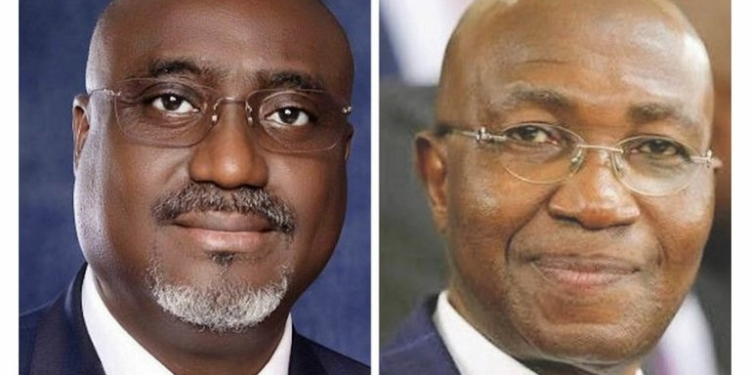 The National Executive Council (NEC) members of the Nigerian Bar Association (NBA) rose from their maiden meeting under the leadership of NBA president, Mr. Yakubu Maikyau (SAN), on Thursday, with a unanimous resolution that leading lawyer and Body of Benchers Chairman, Chief Wole Olanipekun (SAN) should recuse himself from office.

This followed a motion to ratify Maikyau’s letter to Olanipekun asking him to recuse himself from both the recent Call to Bar ceremonies and as Chairman of the Body of Benchers.

Following a heated debate on the matter, members resolved that the demand for recusal was not a personal battle of the NBA President but an issue that affects the entire legal profession.

Meanwhile, the NBA NEC has also ratified the nomination of the immediate past NBA president, Mr. Olumide Akpata, as a returnee-member of the Body of Benchers alongside two others.

City Lawyer had on Wednesday reported that Justice Umaru Abdullahi (rtd.) led appointments committee faulted the non-inclusion of the curriculum vitae of Akpata alongside the letter of nomination as required by the body for all nominees.Recall that the current NBA President had at the last pre-Call to Bar meeting assumed responsibility for the omission, noting that same had been ratified.

However, a source who spoke with the medium, faulted BoB’s requirement of a NEC approval for NBA nominees, saying that same has no statutory backing but merely a formality adopted when convenient for NBA president.

According to the source: “Any suggestion that NBA NEC approval is required for Body of Benchers appointment is, with respect, totally misconceived. It is only an appointment to the National Judicial Council (NJC) that must be subjected to NBA NEC approval. I believe that Akpata’s predicament is more political than otherwise.”

The Body of Benchers and NBA have been at loggerheads following NBA president’s letter asking Chief Wole Olanipekun (SAN) to resign as chairman of the body after a partner in his chamber, Ms Adekunbi Ogunde, was indicted for soliciting to take over a brief the law firm of Odein Ajumogobia (SAN) was handling for his client, ‘SAIPEM SPA.’