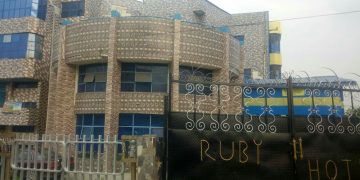 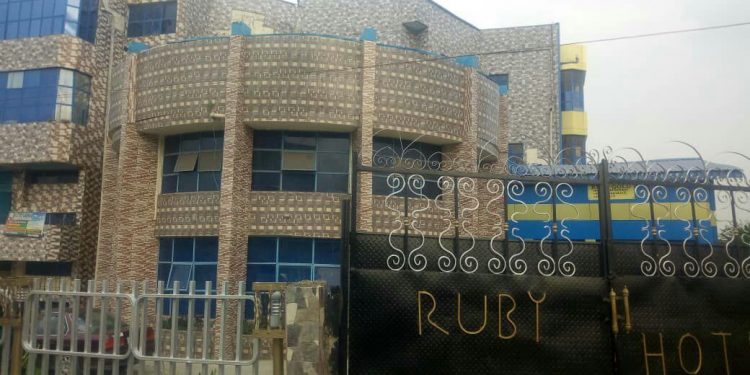 Ibadan, the Oyo State capital, is set to receive another state of the art cinema, but this time around, it is coming in a form it has never done before. The popular Ruby Gold Hotel and Lounge, located in the heart of Dugbe in the ancient city, is the new fun place loading.

Newspeakonline recently took a tour of the facility and can report that hospitality in the city is about to take a new thrilling turn in the Ruby Gold complex.

The Ruby Gold Cinema, which will open to the public in less than two months, will offer a whole new experience to movie goers. Opening with a 150 capacity space and later expanding to 500, the movie arena also has a space for children to have fun while their parents enjoy their movie.

In a chat with a select group of journalists, the owner of the facility, Otunba Reuben Famuyibo, explained that the cinema is being built in accordance with experience gathered in his years of travelling to cities across the world where tourism is a point of reference.

While eager cinema goers will have to experience the place to testify to its allure, one thing they can be sure of, is a movie time with free popcorn and water.

Those on vacation have more to gain at Ruby as the hotel facility is another mouth watering allure. The hotel, which is already functional with customers having an affair with peace and serenity, also has comfort, entertainment and luxury on offer at one of the cheapest prices in town.

The hotel has 22 rooms in total – four standard, four suites, seven duluxe and seven executive suites. To add to customers comfort and privacy, there are mini lounges scattered across the two floors as well as a small events hall. These rooms cost between N12,000 to N25,000 per night with opportunities for discounts.

Hard partying for guest is also being taken care as the hotel’s night club is less than a month away from opening.

Famuyibo confirms that to add to exquisiteness of the hotel, plans have been concluded to build a suspended swimming pool on top of the building. There is already icing on the cake – free wifi and free breakfast! What more would a holiday maker ask for?