NEW INVENTION! Dads may soon be able to breastfeed their newborn babies

NEW INVENTION! Dads may soon be able to breastfeed their newborn babies 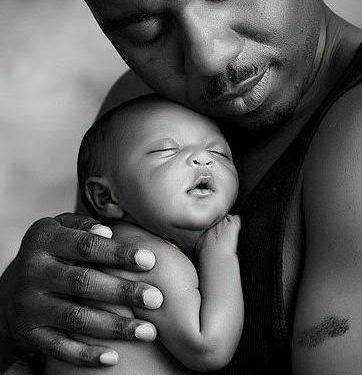 A new order in the world of paternity and maternity may soon emerge with a new invention hoping to help fathers breastfeed their babies.

WOMEN’S HEALTH: Breast issues and how to deal with inverted nipples

See what female police officer got after breastfeeding neglected baby

The invention is called the “chestfeeding kit” developed by Marie-Claire Springham, a product design student at Central Saint Martin’s College in London.

She says the idea behind the product is for dads to be able to help mums who are struggling to breastfeed their newborns and to prevent dads from feeling left out in the care of their baby.

The yet-to-be-tested kit which is still in the conception stage, contains a cocktail of hormones that the man would take while his partner is pregnant, in order to “grow milk ducts”.

The hormones include progestin which helps to stimulate production of milk-producing gland, and domperidone which is often given to new mothers having difficulties with breastfeeding as it encourages the production of prolactin, a hormone which tells the woman’s body to produce milk.

There is also oxytocin which the developer says would trigger the ‘let down reflex’ as naturally produced when a man or a woman holds their child. 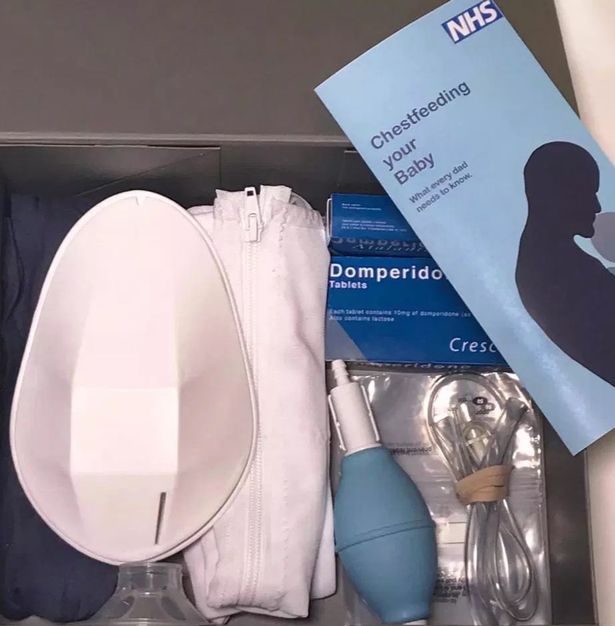 She went on to explain how she developed the pump to assist the ‘let down reflex’ and added that she believes it will take a full nine months for a man to prepare his breast tissue for breastfeeding.

According to Mirror UK, apart from several other hormones, the kit also contains a pump and a compression vest which is similar to a maternity bra.

Marie-Claire, 24, hopes it could be available in five years, but it would need to undergo lots of testing, especially with fears of side effects and uncertainty surrounding it

One major possible side effect to taking the female hormones is the possibility of the man growing man boobs otherwise called “moobs” until they stop taking the hormones.

Another view that casts an air of uncertainty around the product is doctors’ warning that there’s no proof men can even grow milk ducts.

They are also not sure what impact the hormones will have on the male body and instead suggested other ways men could feel more included in the first few month of a baby’s life, such as changing them and helping with bath time.

The nutritional value and quality of the milk that will be produced is also being questioned.

Marie-Claire would have to address these issues before the product is allowed in the market.

Her design for the kit recently won an award at the Meaning-Centred Design Awards.