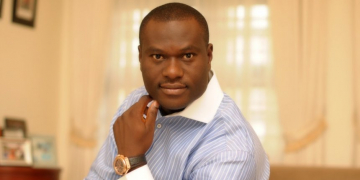 New Ooni of Ife emerges! He is Adeyeye Enitan Ogunwusi

New Ooni of Ife emerges! He is Adeyeye Enitan Ogunwusi 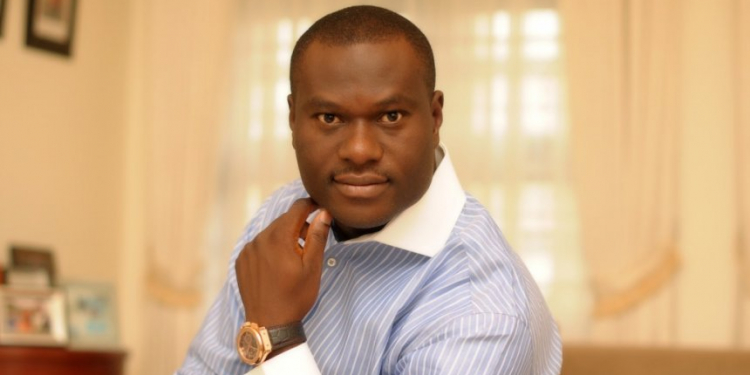 A new Ooni of Ife has been chosen. He is Adeyeye Enitan Ogunwusi, a 40-year old real estate magnate and prince from the Giesi Ruling House in the town.

He was selected from 21 candidates presented by the Giesi ruling house, 89 days after the death of former Ooni, Oba Okunade Sijuwade at a London clinic.

The Secretary to the Osun State Government said the selection of the new Ooni followed the completion of all processes for the filling of the exalted stool.

A statement issued by the Osun State Government on Monday reads: “The Governor of the State of Osun, Ogbeni Rauf Adesoji Aregbesola has approved the appointment of a new Ooni of Ife.

“He is Prince Adeyeye Enitan Ogunwusi of Giesi Ruling House of Ile-Ife, State of Osun.

“This choice follows the completion of the due process by the kingmakers and the communication of their decision to Government.” 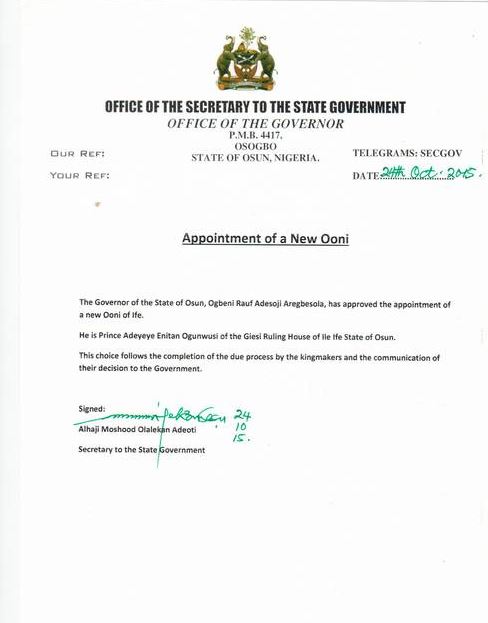 Mr. Ogunwusi attended The Polytechnic, Ibadan, where he obtained a Higher National Diploma (HND) in Accountancy.

According to the website of Imperial Homes Mortgage Bank Limited (a subsidiary of GTBank) on which board he sits as non executive director, “Mr. Ogunwusi is a graduate of Accountancy and a certified member of the Institute of Chartered Accountants of Nigeria and of the Institute of Management.

“He has been involved in engineering, procurement and construction (EPC) contracts locally and abroad for over 11 years.

Fulani herdsmen: Falana threatens to drag Buhari to court if ....