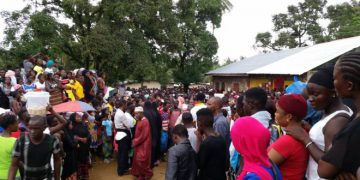 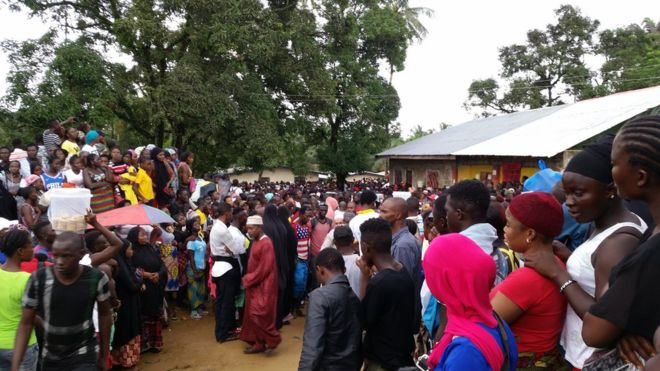 A total of 26 children and two adults have been killed in a fire at an Islamic boarding school in Paynesville, a suburb of Monrovia, capital of Liberia. Reports said the victims were seven years old and above.

It was gathered that the broke out in the early hours of Wednesday morning, when the Koranic students were sleeping in a building near their mosque.

Eyewitness Pastor Emmanuel Herbert told the BBC that he woke up to sounds of the fire and raised the alarm.

“When I looked through the window, I saw the whole place blazing with fire,” he told the BBC.
But he said he could not get into the building because there was only one entrance, which was blocked.

Residents who spoke in tears said they faced difficulty in breaking into the building because of the iron bars protecting it at the door and windows. They said each time the scared and screaming kids ran to the window for help, they would only come in contact with the hot iron bars and then run back inside the building. Residents said they did not have the tools to break the walls of the building.

It was gathered that 26 children (all males) and two adults died in the fire. The kids and their teachers died screaming and crying for help.

Reports said at least two kids were rescued, but that the lady who rescued them reportedly died when she returned inside the building to get additional kids out.

“We will do all our best to make sure that they establish what happened and then whatever assistance the government can render the family, we will be there,” he said while addressing the crowd.

UNGA 74: List of activities lined up for Buhari as he jets out to New York