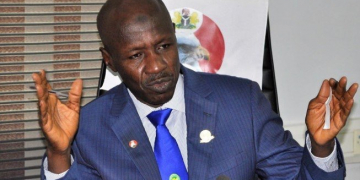 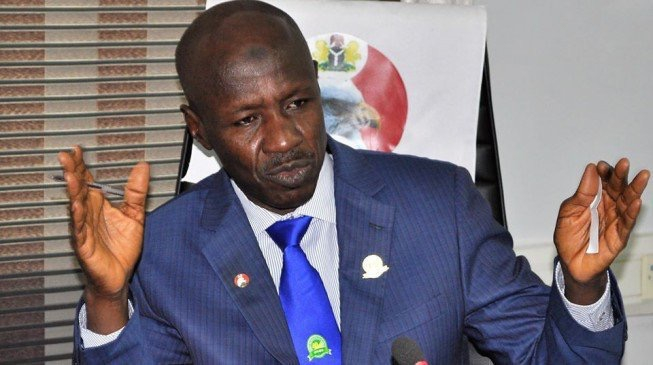 The Economic and Financial Crimes Commission (EFCC) has reacted to the plan by the Oyo State Governor, Seyi Makinde, to establish an anti-corruption agency owned by the state.

The governor, while speaking at a two-day induction programme for then members-elect of the 9th Assembly of Oyo State earlier in the month, had disclosed that his administration will send a bill seeking to establish the Oyo State Anti-Corruption Agency which will be empowwered to beam its searchlight on any individual or body in the state.

Governor Makinde also stated that he would readily waive his immunity to appear before the agency if the need arises.

“The first Executive Bill we are bringing to you is for us to set up an Anti-Corruption Agency for Oyo State. And I will waive my immunity, if I am found not to be above board, to face that agency,” Makinde had said.

While many saw the plan as a way of duplicating the function of the already existing EFCC, the federal agency thinks it is a good idea..

At a press briefing on Monday, Mr. Friday Ebelo, the Head of the Ibadan Zonal Office of the EFCC described the governor’s plan as a welcome development, saying the EFCC has no problem with state governments doing their bit to tackle corruption in their domains.

“It is a welcome development” he said. “We are not in a competition. We support all efforts being channeled towards the fight against corruption in our country irrespective of where it is coming from. We are all stakeholders in the fight. As I understand, Kano State has a similar body, so there is absolutely nothing wrong with it”

He said the zone was even working assiduously to identify and connect with strategic stakeholders whose mission and vision are tailored towards a corruption-free Nigeria.

He said that a product of such relationship and partnership building efforts is the offer of free airtime on Diamond FM 101.1 by the University of Ibadan. “The programme, Eagle Alert, is a weekly event designed to create awareness on the ills of economic and financial crimes, and how they could be tackled,” he said.

At the briefing, Ebelo stated that it is even with the support of all stakeholders that the zone has recorded remarkable successes in the last six months.

According to him, the commission has been able to secure 83 convictions out of the 107 cases filed at different courts within the zone. He disclosed further that the zone was also able to recover huge sums of money from fraudsters.

He explained that a large part of the recovered funds are being returned to individuals who were defrauded while the remaining will be forfeited to the Federal Government once the cases on them are concluded.

He said it will not be legal to disclose any amount to be forfeited to government since there are several appeals on such funds and assets.