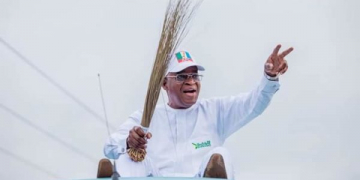 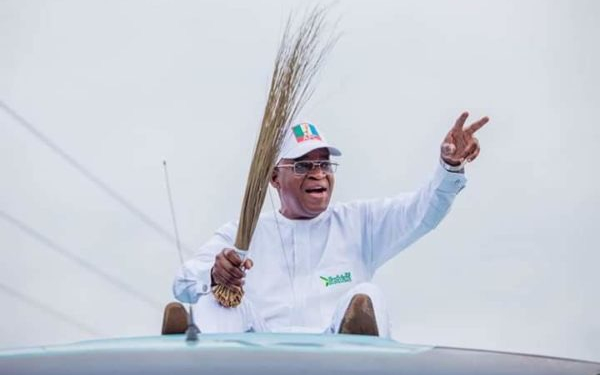 The apex court delivered its judgement on Friday, fnally ending the legal battle to determine who won the hotly contested but controversial September 22, 2018 governorship election in the state.

Newspeakonline recalls that the Court of Appeal sitting in Abuja, on May 9, 2019 nullified the judgment of the Osun State Governorship Election Petition Tribunal which declared the Peoples Democratic Party(PDP) governorship candidate, Senator Ademola Adeleke, as the winner of the September 2018 election.

The Independent National Electoral Election(INEC), had declared Oyetola the winner of the governorship election on the basis of the cumulative results of the September 22 main election and the September 27, 2018, supplementary polls.

Adeleke who was dissatisfied with the result declared by INEC, filed a petition before the three-man Osun State Governorship Election Petition Tribunal, contending that he was the true winner of the election as he had already won after the September 22 main election and that there was no need for the supplementary one.

The tribunal, in its March 22, 2019 split judgment of two-to-one, nullified Oyetola’s victory and declared Adeleke the winner of the election.

However, in a dissenting judgment of four to one, the five-man appeal panel led by Justice Jummai Sankey, upheld the appeal filed by Governor Oyetola challenging the verdict of the tribunal and affirmed him as the duly elected governor of the state.

Delivering the lead majority judgment of the four members of the panel, the court resolved 10 out of the 12 issues raised in favour of Oyetola and the remaining two in favour of Adeleke.

Justice Sankey held that absence of Justice Obiorah on that date nullified the entire proceedings and the verdict of the tribunal.

But a member of the panel, Justice George Mbaba, dissented from the majority judgment, holding that the alleged absence of Justice Obiorah from the February 6, 2018 proceedings of the tribunal was mere speculation.