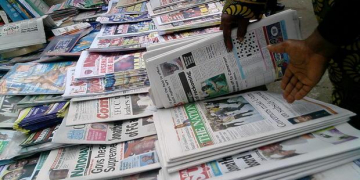 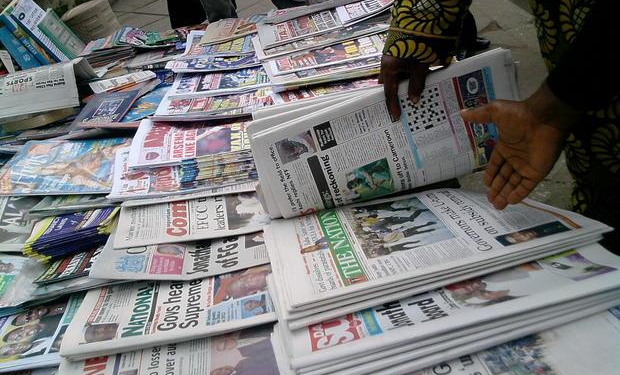 Newspaper distributors and vendors in Awka, Anambra, on Monday, embarked on an indefinite strike, following alleged clamp down on their members by officials of the state government’s agency.

News Agency of Nigeria correspondent who visited the vendors’ stands at UniZik Junction, Aroma, and opposite Fire Service, Amawbia, reports that no newspaper was displayed at any of the spots.

The Nigeria Distributors’ Association, Awka chapter, in a petition to the Secretary to the State Government, claimed that the members were harassed and intimidated.

The petition issued to journalists in Awka, was signed by the association’s acting Chairman, Emeka Nweze and the Secretary, Ifeanyi Nwafor.

The association alleged that officials of Operation Clean and Healthy Anambra State Brigade have been extorting money from vendors.

According to the association, “newspaper distributors and vendors have been passing through nightmare in the hands of the officials of OCHA Brigade for a long time’’.

It added: “The officials have been clamping down on our members, intimidating and harassing us, seizing the items we use in the display of our newspapers and at times extorting money from us.’’

It further claimed that the members have been operating at designated sales spots/stands approved by Anambra State Environmental Sanitation Agency.

The association stated that the government officials had confiscated items belonging to the vendors worth over N70, 000 in the past three months.
The group maintained that the members would discontinue distribution of newspapers and magazines in the area until the state government assured them of their safety in the state.

Nneka Okeke, a vendor at Aroma Junction, told NAN that newspaper publishing firms brought papers to Awka, but the members refused to distribute them because of the strike.

Tony Maduforo, a regular newspaper reader, said it was strange for newspaper vendors to embark on strike due to the nature of the service they rendered, and called on government to intervene in the matter.

NAN reports that all efforts to reach the OCHA Brigade boss, Douglas Okafor, did not yield any result as his telephone was switched off.

When contacted, however, the Commissioner for Information and Public Enlightenment, C-Don Adinuba, said he would take up the matter with OCHA Brigade boss, with a view to resolving the matter immediately.