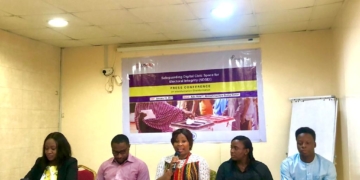 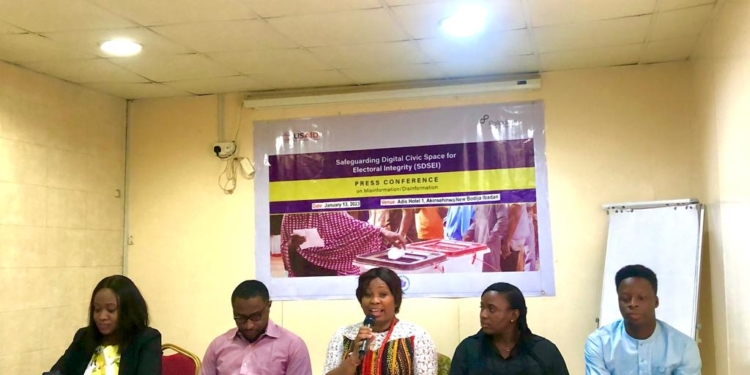 FBFI, in collaboration with key stakeholders have formed a cluster and will collaborate on various components of the project. The loose cluster of mostly youth-led CIvil Society Organisations and Business Membership Orgnisations from diverse areas within the social sector is known the Safeguarding Online Civic Space (SOCS) group.

Speaking at a press conference in Ibadan on Friday, the Chief Executive Officer of FBFI, Dr Funmi Akinyele, said SDSEI, through research, policy analysis and constructive discussions with the government and corporate sector, seeks to defend the digital civic space from all forms of repression.

She said SDSEI project will engage critical stakeholders across government, telecommunications, civil society, and the general public, who have been united by an overarching interest in protecting the online civic space to maximise the benefits and minimise the threats for proper enlightenment and education of the populace on their civic rights regarding the general elections, irrespective of cultural, religious and political affiliations.

“The SDSEI’s objective is to protect online civic space by combating voter misinformation and disinformation while improving access to accurate civic information inclusively. This project will create easily digestible factsheets and train fact-checkers across the six geo-political zones in Nigeria. Part of our strategy is to engage the media, as critical stakeholders, regarding their role in countering misinformation and disinformation by holding press conferences across the six geo- political zones. In addition, we hope to have improved inclusivity in access to the online voter and civic information for vulnerable and marginalized groups, including people living with disabilities (PLWD), women, and youth,” Akinyele said.

To facilitate this, the FBFI Chief Executive Officer, explained that the group plans to  develop relatable skits on voter and civic information in English, Pidgin, Hausa, Igbo and Yoruba; host live radio shows; create public service announcements on national radio and television; conduct outreaches to higher institutions; generate evidence on the integrity and openness of the online civic space before, during, and after the 2023 elections.

“As part of our mandate to safeguard the digital civic space, we shall collect, analyze, and report data, as well as create evidence-based policy briefs and advocacy materials, and produce information sheets on protecting online civic space. We will use hashtags to drive home this message on our social media platforms and use for branding.

Akinyele noted that these hashtags are not just for a trend that needs to be adopted but rather, are an essential component of the content strategy for the project.

“They will serve as a resource for monitoring the visibility of the campaign on social media platforms. The use of hashtags will help substantially increase the reach of messages on the project.

“We are going to monitor and develop fact sheet on election and voter education. We will train 108 fact checkers across the 36 states of the federation,” the FBFI CEO said.

She added that the integrity of the 2023 general elections in Nigeria must not be compromised for the betterment of the good people of country and the legacy of the nation.

“The digital civic space must be safeguarded to enhance the integrity of the electoral process, especially with the introduction of digital tools. Therefore, we enjoin all and sundry to cooperate with us as we traverse the six geo-political zones of the nation in our quest towards protecting the digital civic space by reducing the impact of fake news, misinformation, and disinformation and repression of rights to information, while simultaneously increasing voter knowledge of constitutional rights and electoral processes,” Akinyele said.

“We will be breaking what goes on social media and the real world because there is a nexus between both worlds. We will appraise news reports and look out for red flags on social media. We will  continue to enhance  voter education,” he said.

She added that these skits will educate people on  misinformation and disinformation, and urged the media to help promote the them.

In her remarks, Program Officer, African Girl Child Support and Development Initiative (AGCSDI) and Learners’ Corner, Mrs Anita Graham, said they will conduct outreaches for students to let them know the importance of safeguarding the digital civic space and the importance of participating in voter and civic education.

“We will also let the young people know the importance of participating in the general elections,” Graham added.