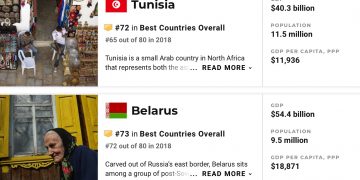 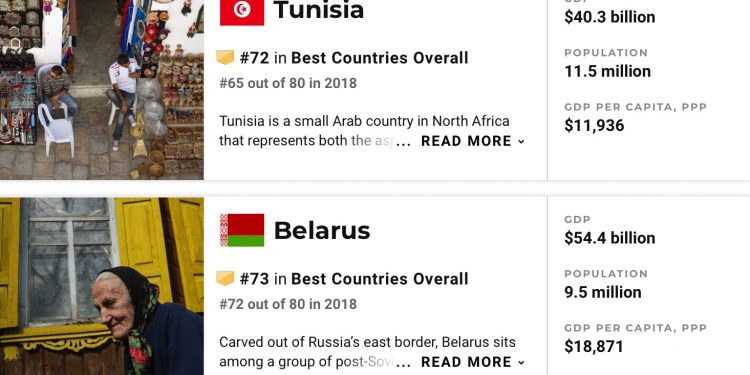 Nigeria has ranked 74th in 2019 Best Countries rankings out of 80 countries in the world. Nigeria ranked 74 with a Gross Domestic Product (GDP) of $375.8 billion and population of 190.9 million population.

The annual report is based on a worldwide survey of more than 20,000 people.

The study was carried out by the U.S. News & World Report, the media organisation notable for its influential United States university rankings.

The media organisation evaluated 80 countries across a range of criteria from quality of life to economic potential. The aim of the “2019 Best Countries” report is to gauge global perceptions of the world’s largest economies.

Switzerland still maintains its number one overall position in the rankings for the third consecutive year .

Japan now ranked as second best country, a move up three positions from 2018 when it was ranked as the fifth.

Canada, Germany and the United Kingdom round up the top five, ranking third, fourth and fifth respectvely. The three countries dropped with one position from 2018 when it was ranked second, third and fourth respectively.

The 10 last countries on the scale from 71 to 80 are: Jordan, Tunisia, Belarus, Nigeria, Pakistan, Lebanon, Serbia, Angola, Iran and Iraq.

The rankings is formed in partnership with BAV Group, a unit of global marketing communications company VMLY&R, and the Wharton School of the University of Pennsylvania.