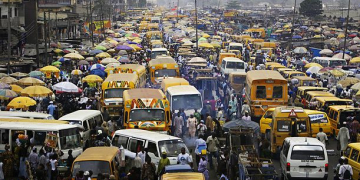 Nigeria: Where superior reason acquiesces to rabble, by Abimbola Lagunju

Nigeria: Where superior reason acquiesces to rabble, by Abimbola Lagunju 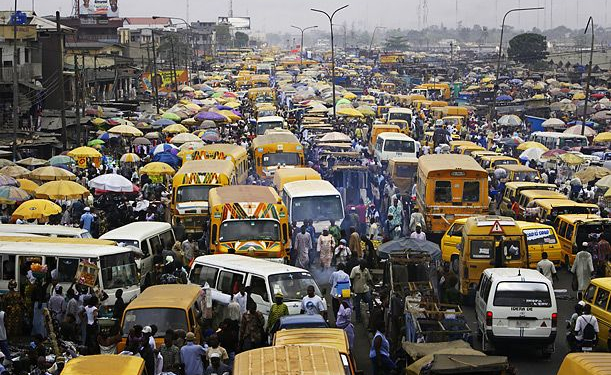 Packaging a message to the future – an opportunity for black Africans, by Abimbola Lagunju

Among all the calamities that have befallen us as Nigerians, the worst one, which is the albatross of our existence and which may ultimately undo us is that we do not try hard enough to keep and own our minds. For unknown reasons, despite the fairly high level of education (Western or Islamic) that we have, we rent out or give out our minds to people of shady character who pose as religious, political, community and ethnic leaders. All the education and the sophistication of thoughts which we profess disappear in the presence of an aggressive mind poacher. Unfortunately, we seek our individual or group identity from the twisted characters to whom we have lent or given our minds. These mind poachers impose their rules, which are founded on their self interests and drive an otherwise decent group of people in a direction that defies any logic. Invariably, these con-artists are charismatic, exotic and wily. Somehow they know that the average Nigerian mind is impressionable and they use different pretexts to capture this hapless mind.

Religious mind poachers, who call themselves Men of God (Christian and Moslem) and who arrogate an unfounded familiarity with God to themselves, prey on the minds of their followers, not only to dispossess them of their hard-earned incomes but to also turn them into their pliable modern slaves. They invent stories and twist the stories of the Holy Books to suit their purpose. In the hands of these con-artists, religion is a commodity that can be sold in its most counterfeit form even to the most discerning mind. They invent sects that preach different versions of the same story. The particularities of each sect are the invention of its founder; these are the very tools of mind occupation and oppression. Their own rules are much harsher than what the Books say. At will, they impose punishments on children and adults in the name of fasting and sleep deprivation in the name of endless vigils. They keep their flocks on a leash of servitude in the name of religion. The followers are not permitted to think and these followers have conceded the right to think to their leader. We have all seen the destructive power of mindless religiosity in Boko Haram and similar sects. We see the power that religious leaders wield over their followers across all religions in Nigeria. Irrespective of their level of exposure or education, the single-mindedness of followers in the execution of orders by religious leaders defies all logic.

Nigerian politics is devoid of any ideology despite the multiplicity of political parties. The politics is characterized by a negative evolution, a progressive backwardness of thought process of politicians. In 1979, there were three ideological poles – NPN without any ideology, UPN with socialist tendencies and PRP with populist approach. The latter two concepts have taken leave of the Nigerian political environment and we are left with a system where politicians do not care or do not know or are too lazy to clearly define their ideological tendencies. And there is political leadership in this vacuum! And there is followership! While the leadership may be bereft of intellect, the followership comprises of high-grade intellectuals. The vice grip with which the vacuous political leadership locks the intelligent followership into submission is as strange as the association of these two opposites. Intellectuals are omnipotently represented at all levels of the political system by thugs, drop-outs, thieves and an intellectually inferior lot. This is leadership and followership of doom where the passengers are blinded by an insane driver.

The judiciary is not exempted from encroachment by mind poachers. Lawyers and judges who have spent many years memorizing law books become pawns in the hands of people who cannot even memorize a nursery poem. They are bought like any product to deliver favourable judgments to their crooked overlords. And when the book people attempt to refuse, they are harassed, threatened and run down like dogs. Now wise, the judiciary plays the game even before they are asked. Reason and common sense do not reside in Nigerian courts. They have been chased away by prosecuting and defending teams as well as by the sitting wig.

And then, there are mind poachers who do not belong to any of the groups aforementioned. These are the likes of leaders of IPOB, MASSOB, OPC, AREWA, Niger Delta Militants etc. These semi-educated elements turn logic on its head; they draw dangerous and divisive conclusions from twisted historical representations and work up hungry and angry people. Not unlike in the cases mentioned above, they find fertile minds everywhere, even among the most educated to plant their dung of hatred and divisiveness. They make mountains out anthills and incite people to hate each other. These are sellers of fake dreams who twist facts and seek to put bitter salt to replace tears. They are averse to intelligent discourse because they line their pockets from chaos and counterfeit dreams. They are blind to the peaceful co-existence, inter-marriages, cultural exchanges and friendships that exist among different ethnic groups. They overhype perceived lack of government patronage and drive their hatred on this fallacy. And among their followers are numerous educated and decent people!

For how long will reason and commonsense be on exile from Nigeria?
The situation is pathetic.