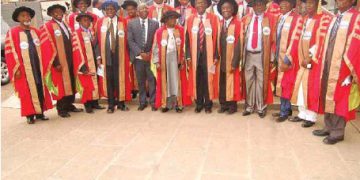 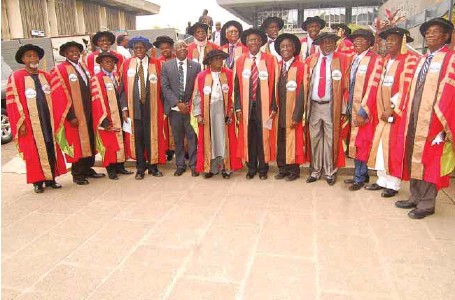 The Nigerian Academy of Letters (NAL) has elected nine new fellows into its fold. They include seven professors elected into regular fellowship and two others elected as honorary fellows.

The NAL, Nigeria’s apex body of arts and literature, is an autonomous, scholarly and non-political state institution that exists for the advancement scholarship and public interest in the humanities at the highest level in the country.

A statement by the Secretary of the Academy, Ayobami Kehinde, said the fellows were elected into the fellowship by the College of Fellows (CoF) of the Academy in recognition of their contributions to knowlege in their various fields of specialization.

The new Regular Fellows include:

According to Kehinde, the investiture of the new fellows will take place on Thursday, August 8, 2019, at the J.F. Ade Ajayi Auditorium of the University of Lagos by 11.00 a.m.

Established in 1974, the NAL is currently governed by executive committee of distinguished professors. Every year, it admits a limited number of distinguished individuals as fellows in four categories; Foundation Fellows, Regular Fellows, Overseas Fellows and Honorary Fellows.

Its current president is Francis Egbokhare, a professor of Linguistics and African Studies at the University of Ibadan.