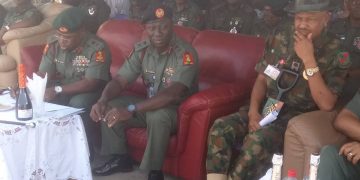 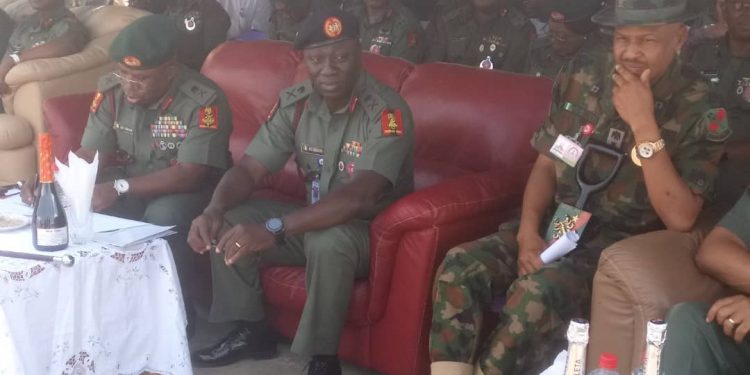 The commissioning was held on Wednesday, January 2, 2019. In attendance were senior officers, traditional rulers and stakeholders in the livestock business.

Buratai was represented by the Army’s Chief of Logistics, Maj. Gen Enobong Udoh.

Newspeakonline recalls that in December 2016, Buratai, speaking through the former Chief of Army Logistics, Maj. Gen. Patrick Akem, at the commissioning of the Mogadishu Cantonment’s new Mammy Market had said the army would set up cattle ranches across divisions and brigades across the country.

The move, he said, is aimed at curtailing the incessant clashes between herdsmen and locals, help Nigeria produce quality meat and to improve the economic fortunes of Army families.

The Army Chief pointed out that the Army had created the Barrack Investment Initiative to help Army family members start up businesses in livestock, fish ponds, vegetable gardens, fruits and poultry.

Buratai had also disclosed that the Army had sent some of its officers to Argentina to study modern and latest cattle rearing techniques.

The new livestock market is part of the army’s plans.

See photos from the commissioning below: