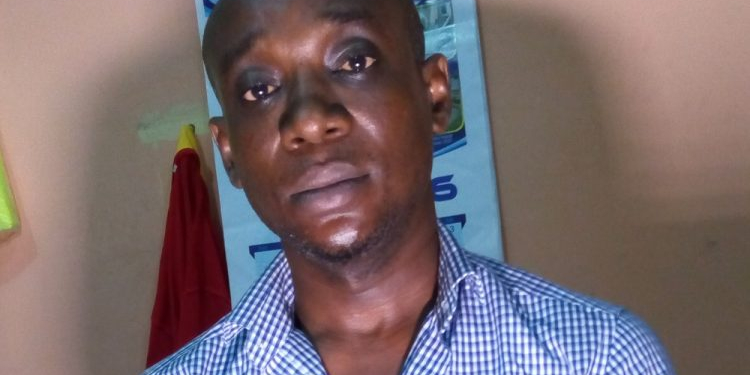 A 38-year-old Nigerian, Dennis Ndukwu, has been arrested by Police in Osu, Ghana,  for impersonating top government officials and defrauding a foreign investor of about $150,000.

Police said Ndukwu allegedly forged the signatures of Ghana’s Chief of Staff, Julius Debra, as well as that of the Minister of Finance, Seth Terkper and other high profile personalities.

The victim is a Vietnamese investor, Le Van Khiem, who had already invested over $8.5 million in Ghana. Ndukwu reportedly introduced himself to the investor, Le Van Khiem as the secretary to the chief of staff, saying that he could use his influence at the top to assist him. He did this after learning of the victim’s challenges on the internet.

The Police said Dennis later produced various documents. These documents had the signatures of the Chief of Staff and the Finance Minister Seth Terkper. These documents convinced the victim to give out his personal items including his Visa card and security code to Dennis and his gang.

He allowed them withdraw $100,000 from his account to aid the process. The unusual withdrawal attracted Mr Van Khiem’s banker’s attention and he raised a query on the account. After noticing the bank had blocked the account, Ndukwu and his gang members still managed to get the victim to part with several thousands of dollars.

It was during the final withdrawal of the money transfer that the suspects was arrested by Police. He was stopped at the Kwame Nkrumah Circle. He admitted the offense and also mentioned one Robert Amuzuas an accomplice.