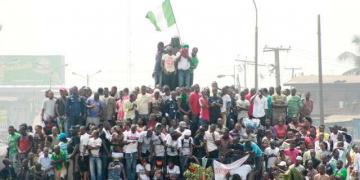 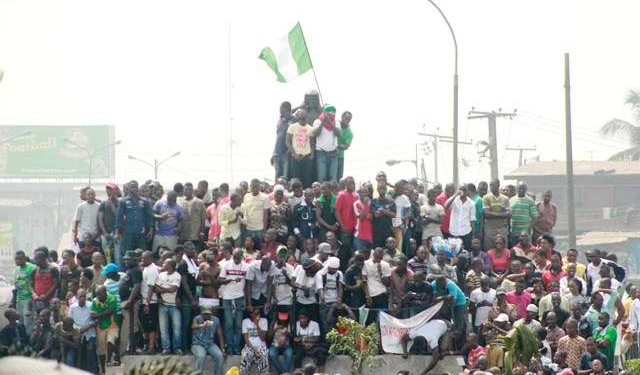 Packaging a message to the future – an opportunity for black Africans, by Abimbola Lagunju

What Nigeria is and what it is not, by Abimbola Lagunju

We have all come to accept that Nigerians are as divided as we number on any issue. Not even poverty can unite the poor in this country. All debates on any issue, including pervasive national poverty in Nigeria are spiced with ethnic, political, religious, clannish, family affiliation flavours. In the end, the people remain as divided as they were at the beginning of the debate. Consensus does not exist in our national dialogue – people are rigid and unbending in their opinions even when these opinions are explicitly illogical and even to their detriment.

When you listen closely to some prayers said over huge loudspeakers by Muslims or Christians to which adherents deliriously shout their “amen”, you will know that Nigerians put God to test more than any other nation or a religious group. They do not pause to listen to the wrong demands being put to God on their behalf by their frenzied leaders. The demands are frivolous and devoid of any logic vis a vis the condition and the reality of the petitioner. They are based on sheer fantasy fanned by collective delirium. “You will get that mansion!” Amen! “That limousine is yours!” Amen! “You will get millions this week!” Amen. “All your enemies shall die!” Amen! God must be wondering what the problem is with the mind of a Nigerian.

At the temporal level, organized pressure groups in Nigeria are not different. Recently, there was a crisis in the International School in Ibadan on the wearing or not of hijabs by female Muslim students. Of all the economic, infrastructural and security problems facing individuals in this country, the parents of these students felt that hijab-wearing was the most pressing for them. Over all the rights of Nigerians enshrined in the constitution that are being neglected, trampled and disregarded by the authorities, the most important part of the constitution for this group is the right to religious freedom as expressed by outward appearance. They are not bothered about the quality of education given to their wards nor concerned for future university admission of these children nor worried about availability and accessibility of good health services when these children will become mothers nor are they apprehensive about their ability to continue to be able to pay the school fees in this period of economic downturn. It is hijab the parents have organized themselves to ask for and for which they have gone to court. “Give us Hijab!” was their battle cry at the gates of International School Ibadan.

The Nigerian Labour Congress (NLC) and the Trade Union Congress have recently been threatening to call their members to embark on a national strike for a wage increase. They want a minimum wage of thirty thousand Naira or more. They want more Naira notes for their workers. The leaders of these unions have always asked for the wrong thing from the government. They prefer to cure malaria with paracetamol. They choose the frivolous over the fundamentals. They are not bothered about the state of the economy of which the most important that affects the quality of life and the purchasing power of Nigerians is the exchange rate. These leaders choose not to understand that the solution to purchasing power for their workers, and indeed all Nigerians is not in the thirty thousand or a hundred thousand as was carelessly promised by a presidential candidate but in the exchange rate. Just a few years ago, 100 Naira was being exchanged for one US dollar. Now, it is being exchanged in excess of 300Naira to the dollar. And they are not asking questions. They have never threatened to go on strike for this anomaly. A weak currency is justified when a nation produces and desires for its products to be cheap in the world market. What does labour produce for export?

Being the largest organized pressure groups in the country, one expects these unions to go beyond shallow demands of wage increase and put pressure on the government to put a lid on the exchange rate. Of what use will the wage increase to thirty thousand Naira be if the government deliberately or inadvertently permits the exchange rate to fall to about 500 Naira to the dollar next year? I suppose the organized labour will again want to organize another strike. Whatever purchasing power the wage increase they are fighting for now will be undone by unfettered weakening of the Naira. The challenge before the unions is not the wage but the erosion of the purchasing power of the Nigerian which is tied to the exchange rate. The weakness of our currency is the root cause of our poverty.

Our lives will only be better when we start to think beyond the obvious and the frivolous and we collectively address the root causes of our predicament. In other words, we can only make progress when we deliberately learn to ask for the right things from our government and ourselves. Let the labour unions pressure the government to bring down the exchange rate to about 200 Naira to the dollar. This is worth going on strike for. And the lives of workers even at the present minimum wage will dramatically improve.

As we have learnt to say when reason and logic have taken leave of our numerous debates, “It is well!”