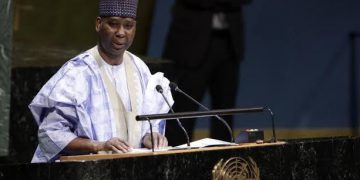 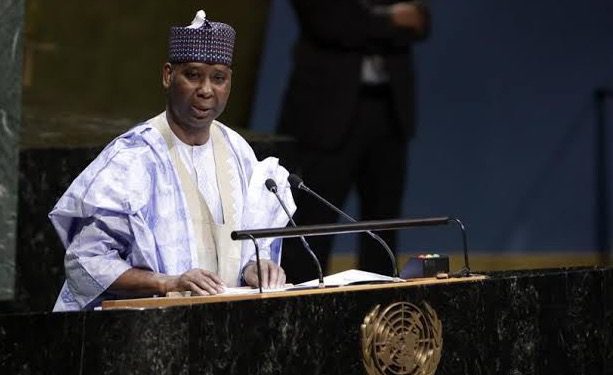 The ceremonies will take place at the UN New York headquarters on September 16 and 17, ahead of the High-Level week of the UNGA when leaders of the nations of the world take turns to address the General Assembly.

A statement issued on Sunday by presidential spokesman, Garba Shehu, said a Nigerian government team to the historic event which will be led by the Minister of Foreign Affairs, Geoffrey Onyeama will include the Director-General of the National Intelligence Agency (NIA), Ambassador Ahmed Rufa’i Abubakar and the Senior Special Assistant, Media and Publicity, Garba Shehu.

According to the statement, “Nigeria’s Permanent Representative to the UN was elected President of the 74th session of the General Assembly by acclamation on Tuesday, June 4, to serve the one-year role with a strong mandate from his home government, that nominated him, endorsed by the Group of African States and adopted unanimously by the member-states.”

The statement added: “The Muhammad-Bande presidency, coming 30 years after this country’s first, presents Nigeria and Africa a unique opportunity to ensure the implementation of the existing mandates for the 2030 Agenda for Sustainable Development, with particular focus on peace and security, poverty eradication, zero hunger, quality education, climate action and inclusion.

“The General Assembly under Muhammad-Bande will also play a role in bridging the gaps and promoting collective action to address all international issues that deserve attention, in close coordination and collaboration with the Secretary-General, the Security Council and the Economic and Social Council.”