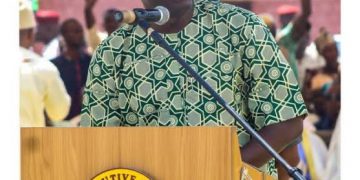 No worker will earn below N30,000 minimum wage- Makinde

No worker will earn below N30,000 minimum wage- Makinde 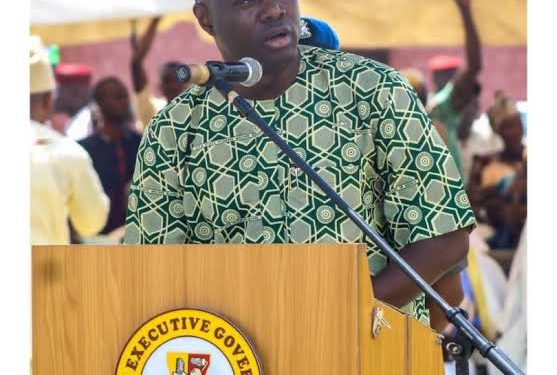 The governor stated this at the annual inter-religious service to usher in the 2020 working year held at the car park of the governor’s office in secretariat, Agodi, Ibadan.

He said once the committee set up by his administration to look into the modalities for the implementation of the wage completes its assignment, the government will stand side by side with the workers to implement the decision, adding that he was looking forward to a decision that would be agreeable to the civil servants as well as be affordable and sustainable for the state government.

His words: “On the new minimum wage, the committee has been set up, they are working and moving towards alignment but I promise you that this administration and the workers of Oyo State are on the same page on this ongoing negotiation. And when it is concluded, I give you the assurance that we shall stand side by side to announce to the whole world what we have agreed.

“Whatever we will agree upon is going to be in the interest of the workers and our state. First, our collective decision will be agreeable to everybody; second, it will be affordable; third, it will be sustainable.

“Before this administration came into place on May 29, they were paying percentages as subvention to the higher institutions. Just a month before the previous administration left, they moved it to 100 per cent and we have been paying it since we came in. I know that they do have agreement in some states and they will still breach the agreement. But, here, once we sign that agreement, we will pay it.

“We won’t pay in percentages and I want to also state categorically that no worker in Oyo State will earn below the national minimum wage.”

The governor also urged residents of the state to put political affiliation and tribal sentiments aside and join hands with his government in order to keep making the state greater.

“As we gather here this morning for this inter-religious service to usher in a new working year, it is the best time for each one of us to reflect on our accomplishments last year and then plan how to become better versions of ourselves this year.

“Our elders say that as we travel through the forest, we must always shake the trees so that people who are watching can quickly tell the distance we have travelled. This administration has been here for less than a year but the expectations that the people have of us is enormous. But we should be thankful that we have been enjoying the tremendous goodwill from the people and we must never take their loyalty for granted. We must remain at the top of our game and put in our best for the benefit of the good people of Oyo State.

“When the Imam of the Government House was admonishing us, he emphasised that we must not do three major things; not to divulge secrets, not to give wrong information and we should not talk evil of ourselves, but people do all these three things.

“Someone even said that he was the governor of yesterday and I am the governor of today and that tomorrow’s governor will also come to rule. But I am surprised, because I doubt if that former governor remembered he would one day leave office when he was on the governor’s seat.

The governor, who used the occasion to commiserate with all the victims of fire incidents across the state, advised civil servants and residents of the state to work towards preventing fire disasters by setting smart goals and planning adequately.

“In a way, we also want to prevent personal fires in our lives this year and the best way to do that is by setting smart goal. So, we need to plan. Let us all set goals that will be specific, measurable, achievable, relevant and time-bound, and that is being smart. We should plan now so that when we meet for the next inter-denominational service, we will be able to look back as we are looking back at 2019 now, and have a cause to be thankful,” Makinde said.

Earlier, the Head of Service(HoS), Mrs Ololade Agboola, noted that 2019 was filled with challenges, but God counted those in attendance at the event worthy to see the new year.

She appreciated the governor for demonstrating commitment to workers’ welfare and the repositioning the civil service in the state.

The HoS commended the governor for approving Productivity/Merit Award to recognise hardworking civil servants and the approval of N15 million for the renovation of offices in all the ministries within the state secretariat.

Agboola charged civil servants to rise to the occasion by contributing their best quota towards developing the state, calling on them to give room for innovative ideas and a new way of doing things.