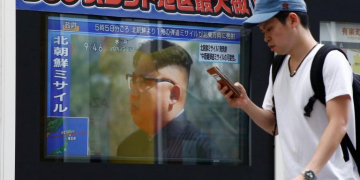 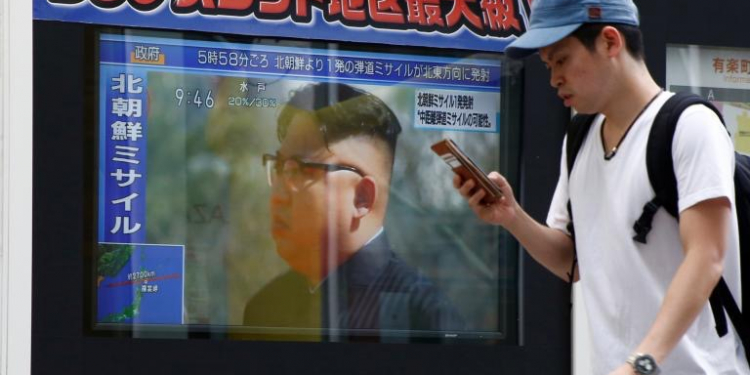 North Korea early Tuesday fired a missile over Japan, sparking fear across the country. Prime Minister Shinzo Abe has called it the “most serious and grave ever” threat to the country.

The missile flew over the northern island of Hokkaido, and broke into three pieces before falling into the Pacific Ocean, about 1,180 kilometers (733 miles) off the Japanese coast. 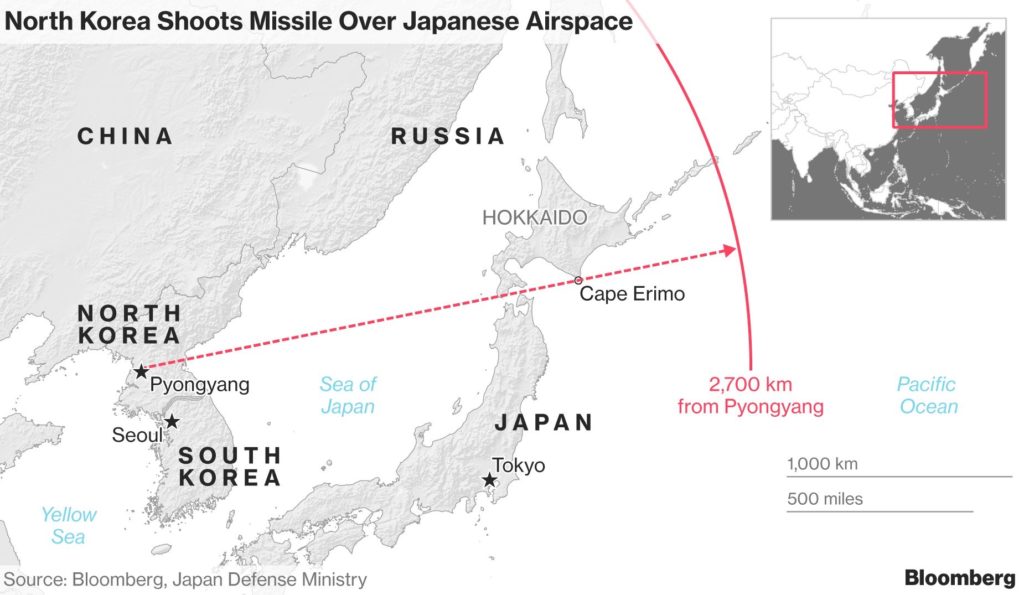 People in that region received text messages from the government, asking them to take cover.

“Missile passing. Missile passing.” warned an official text message sent to residents. “A short time ago, a missile apparently passed above this area.

“If you find suspicious objects, please don’t go near them and immediately call police or firefighters.

Chief Cabinet Secretary Yoshihide Suga said at an emergency press conference that the missile was in flight for about 14 minutes.

“There is no immediate report of the fallen objects and no damage to the ships and aircraft,” he added.

Japanese Prime Minister condemned the launch as a reckless act saying, ‘we have fully grasped the movement of the missile immediately after their launch and have been taking every possible effort to protect the lives of people. It is a serious and grave threat which impairs the safety and peace of the region’.