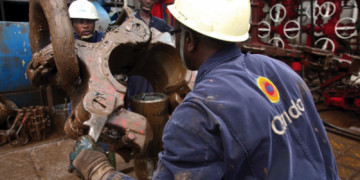 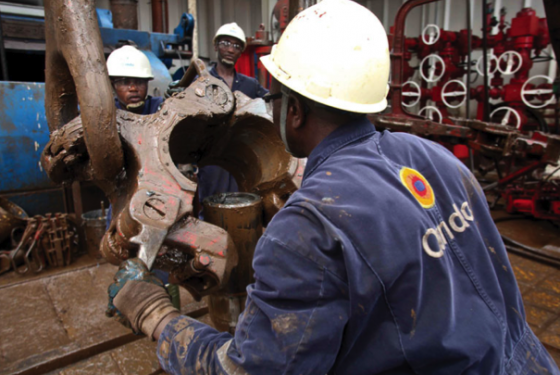 A group of shareholders of Oando Plc are demanding the resignation of the company’s Group Chief Executive Officer, Mr. Wale Tinubu.

The petitioners, Alhaji Dahiru Mangal and Ansbury Inc, requested a postponement of the company’s 40th Annual General Meeting pending the close of the Securities and Exchange Commission’s (SEC) investigation.

However on conclusion of its initial finding, the SEC saw no material evidence that would warrant a postponement of the AGM, further reiterating the company’s position that the petitions lacked merit.

The group, Oando Shareholders Solidarity Group, which was led by Mr. Francis Michael, said the protest was to call for the change of the management of the company over alleged gross mismanagement and abuse of corporate governance.

Michael said: “We call on the present GCEO of Oando, Mr. Wale Tinubu to step down and allow a competent hand to manage the affairs of the company to save millions of Nigerians from further loss of their hard earned money.”

The group also demanded the rejection of the proposal concerning the remuneration of the CEO and directors of Oando Plc and rejection of the 2016 annual report and accounts and the need to convene an extra-ordinary general meeting within the shortest possible time to address the issue of the alleged mismanagement and abuse of corporate governance of the company.

However, some other shareholders demanded that the management reconcile with the aggrieved stakeholders so as not to kill the company.

According the National Coordinator of Progressive Shareholders Association of Nigeria (PSAN), Mr Boniface Okezie, “We are aware of the petition written to the Securities and Exchange Commission (SEC), as major shareholders of this company. We demand that the management reconciles with them and give them the three vacant positions on the board. This will save this company from collapse.”

Mr Adeleke Oladimeji, a shareholder of Oando PLC, expressed concern on how media reports were gradually eroding shareholders’ investment in the company.

He explained that the media was sub-consciously doing more damage than good to the investment of many Nigerians by reporting news without verification from parties involved.

The shareholders, however voted unanimously on all the resolutions, expressing confidence in the management team led by the Group Chief Executive Officer, Wale Tinubu, and retaining the company’s board of directors.

They requested a quick resolution to the issues with the petitioners to enable Oando’s management focus on building the brand.

To reinforce their support of the brand, the shareholders could be heard chanting praises as the Group Chief Executive, Wale Tinubu, spoke.

Meanwhile, the auditor to the company, Ernest & Young, has cast doubt over the company’s ability to continue as a going concern.

Daily Trust quoted the auditors as saying: “We are drawing attention to Note 45 in the financial statements, which indicates that the company reported a comprehensive loss for the year of N33.9 billion (2015: loss N56.6 billion) and as at that date, it’s current assets exceeded current liabilities by N14.6 billion (2015: N32.8 billion net current liability).

“As stated in the notes, these conditions, along with other matters, indicate that a material uncertainty exists that may cast significant doubt on the company (and group’s) ability to continue as a going concern.”

In his response, Wale Tinubu stated that the protests were uncalled for stressing that the SEC approved the AGM after examining the petition.

He called on shareholders to have faith in the company as management was doing what it could to turn it around.

On the issuance of dividend, Wale Tinubu said; “We reacted to the 2014 fall in oil price by providing a detailed restructuring plan which saw us reduce our overall debt by over 40%. Following the completion of our strategic deleveraging initiatives, we have evolved into a leaner but more focused organization with two core dollar earning entities.”

He, however assured the shareholders of returns in the near future.