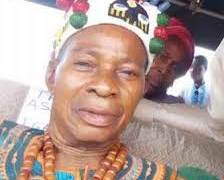 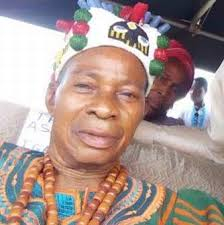 Senator Kola Balogun has described the death of Asigangan of Iganganland, Oba Lasisi Olawuyi Adeboye, Aribiyan II, Gbadewolu 1, as the exit of another great traditional ruler in Yorubaland.

Oba Adeboye joined his ancestors in the early hours of Tuesday. The death of the traditional ruler was announced by the chairman of Ibarapa Local Government Area, Honourable Lateef Akorede.

Speaking on the passage of the monarch, Balogun, who represents Oyo South Senatorial District in the National Assembly, described Oba Adeboye’s death as the end of another era.

In a statement by his media aide, Mr Dapo Falade, the lawmaker described the late Asigangan as a true holder of the traditional institution who ensured the continued existence of peace and tranquility in his domain during his reign.

“During his reign, Oba Lasisi Olawuyi Adeboye worked to uphold the territorial integrity of his domain. He, along with other critical stakeholders, maintained the continued existence of his people.

“His passage is a great loss to Igangan land, Ibarapa land, the entire people of Oyo State and, indeed, the Yoruba race.

“Like I used to say, we are all destined, as humans, to keep a date with our creator. Kabiyesi has paid his dues and he has returned to his maker. But he will be sorely missed.

“On behalf of myself and my family, the good people of Oyo State South Senatorial District, I want to commiserate with the Oyo State Government, the people of Igangan and the immediate family of kabiyesi over the irreparable loss,” Balogun said.