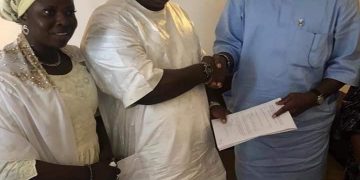 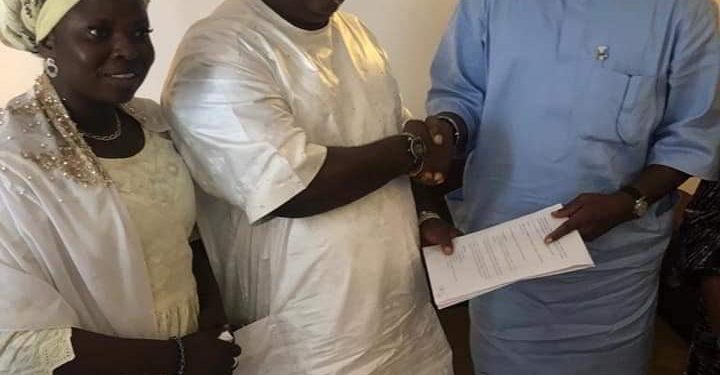 Details of the Memorandum of Understanding (MoU) signed by the governorship candidate of the Allied People’s Movement (APM) Hon. Adekunle Akinlade and Hon. Ladi Adebutu of the Peoples Democratic Party (PDP) in Ogun State surfaced online shortly after an alliance between them was announced on Thursday.

Adebutu, who lost the PDP ticket to Buruji Kashamu through a court order, had endorsed Akinlade and urged his followers in the PDP to vote for the APM governorship candidate on Saturday.

Akinlade is the annointed candidate of Governor Ibikunle Amosun who is working against his own party’s candidate, Dapo Abiodun.

In the agreement, Akinlade ageed to concede several appointmets to the Adebutu camp, if he becomes governor. He also agreed to construct certain roads in his Federal Comstituency. Adebutu will inturn mobilise massively for Akinlade’s victory.

See a copy of the MoU retrieved from the social media:

Details of the terms of agreement agreed by Daniel and Abiodun were not made public.