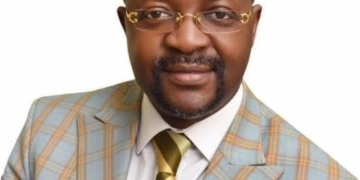 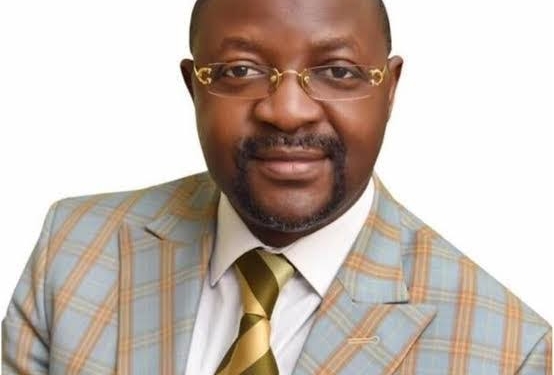 A social-political group, Oja Ola Oyo, has distanced itself from a report accusing the Minister of Youth and Sports, Hon Sunday Dare,of anti-party activities.

A statement issued on Thursday by the President of Ojo Ola Oyo, Comrade Adewale Adesope, said the group has nothing to do with the press release.

“Our attention has been drawn to a trending news item particularly on the social media by a group called Oojo Ola Oyo. accusing the Honorable Minister of Youth and Sports, Chief Sunday Dare, of anti-party activities.

“The group, had in a statement attacked the personality of the minister, libeled him on fundamental issues.

“We run a social- political group named Ojo Ola Oyo founded by Alhaji Kehinde Olaosebikan. It was launched on August 12, 2018 in preparatory to the gubernatorial bid of our founder.

“Since then, we have been meeting regularly, making necessary interventions, addressing press conferences and issuing press releases.

“We are known and recognised all over the world as the Ojo Ola Oyo. A check from Google would confirm this.

“Following the break of the libelous news item from the phony Oojo Ola Oyo since Tuesday, we have been inundated with visits, calls, messages by people associating us with the irresponsible publication.

“Initially, we thought of ignoring the whole issue taking it as one of such bad stories that would fade away with time, but the reactions to the weighty allegations contained in the report have proved us wrong.

“Although, we noticed that the people behind the politically motivated release deliberately bastardised the spelling of Ojo as Oojo, to hide their evil intention against us, particularly our founder, we have realised that the public have taken their spelling of Oojo as Ojo as a typographical error.

“The public believed that it was our group, Ojo Ola Oyo that issued the depraved statement. A Press Statement this morning by the Ogbomoso Progressive Forum did not mince word in its attack against us, Ojo Ola Oyo as the people behind the wicked falsehood. It is very disturbing and painful.

“At that point, we felt compelled to tell the world that our organisation, Ojo Ola Oyo has nothing to do with the press release. We did not know anything about it and neither was our founder, Alhaji Kehinde Olaosebikan nor the present leadership of the group under my humble self. We dissociate ourselves wholly from the hatchet work of the evil doers.

“Our founder, apart from being a long standing friend of the Honourable Minister, he is a gentleman known for peace and wellbeing of others.

“More than any other leader of the All Progressives Congress, Alhaji Olaosebikan has been at the forefront of restoring peace and harmony in the party. This can be attested to by party leaders including the state chairman of the party, Chief Isaac Omodewu, the gubernatorial candidate of the party, Senator Teslim Folarin, the leader of the Progressives in the state, Alhaji Fatai Ibikunle, Chief Wale Ohu and Alhaji Kayode Adanla. Olaosebikan personally intervened in the crisis that engulfed APC in Oyo State after the state congress.

“Sadly, our findings have revealed that the person behind the fake Oojo Ola Oyo is an aide to the gubernatorial candidate of the All Progressives Congress in Oyo State, Distinguished Senator Teslim Folarin and this baffled us to no end,” the statement read.

Adesope added that Ojo Ola Oyo is a social-political group founded with the aim of promoting and supporting the activities of Nigerian youths and encouraging them to be active in politics.