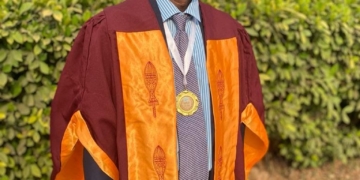 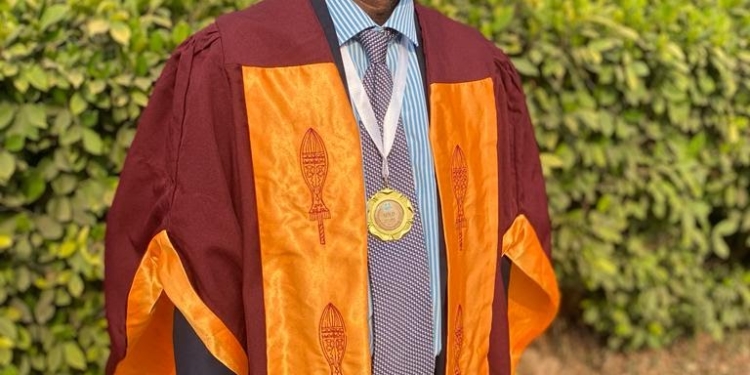 A professor of Mathematics at the University of Lagos (UNILAG), Prof Johnson Olaleru, has bagged a gold medal award from the institution.

According to a statement issued by the varsity on Friday, the don, who hails from Ilero,in Oke Ogun area of Oyo State, was awarded the gold medal at the institution’s 60th convocation ceremony, on January 18, 2023.

The statement said Olaleru brought honour to the university in 2010, 2013 and 2017, by training four students of Mathematics to win gold medals at a competition for undergraduate students in all Nigerian universities, organised by the National Mathematics Center, Abuja (NMCA).

“In addition to being the Head of Department of Mathematics for three years, a member of counselling board, a member of CITS board and contributions to the university service in various committees of the Senate, Faculty of Science and Postgraduate School, the University Web Ranking Committee was set up in 2010 in response to Prof. Olaleru’s proposal to the university management, due to then embarrassingly low rating of the university in Webometrics.

“He was therefore asked by the management to chair this committee that include the Director of Academic Planning and Director of CITS as members of the Committee for 5 years. For the first time, his Committee created websites for all the Faculties, Departments and each Lecturer.

“He brought honour to the university in 2010, 2013, 2017 by training four students of Mathematics, on each occasion, to the competition for undergraduate students in all Nigerian Universities, organized by the National Mathematics Center, Abuja. University of Lagos won gold medals in all the three occasions.

“The university, under Professor Sofoluwe, funded him to take four of our students to the International Competition in Bulgaria where our students came first in Africa. No university in Nigeria has performed that feat since,” the statement added.