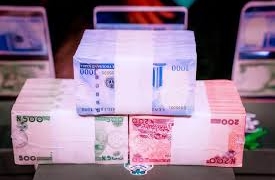 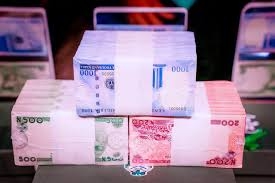 The Senate and House of Representatives have once again asked the Central Bank of Nigeria (CBN) to immediately extend the deadline for the withdrawal of old naira notes from circulation from January 31, to July 31, 2023.

The apex bank had on December 15 commenced circulation of newly redesigned N200, N500 and N1,000 notes and set January 31, 2023 as deadline for the withdrawal of old notes.

The Red Chamber had in December 2022 directed the CBN to extend the deadline but the resolution was shunned by the apex bank, which on Tuesday insisted that no going back on the deadline.

This has caused panic in many parts of the country as the deadline draws nearer, with thousands, especially those in rural areas, storming banks to exchange the old notes with the new ones

However, the insistence of the CBN not to extend the deadline led to Senator Sadiq Umar (APC, Kwara North) to move a motion on the floor of the Red Chamber on Tuesday, where he demanded an extension to July 31.

Most senators who contributed to the debate overwhelmingly embraced the extension, citing scarcity of new notes both in the banks and at the various Automated Teller Machine points across the country.

The President of the Senate, Ahmad Lawan, put the prayers in the motion to vote and the lawmakers voted in support of the extension of the deadline from January 31 to July 31.

The Senate, therefore, asked the CBN to extend the deadline by six months to allow Nigerians, especially those in rural areas more time to change their old notes.

The Red Chamber also urged the CBN to compel deposit money banks to open a naira exchange windows for those without bank accounts.

Senate President, Ahmad Lawan, assured that the National Assembly leadership would ensure that the resolution is implemented by the CBN.

Also, the House of Representatives has called on CBN to review its policies on the redesigned notes and the January 31 deadline.

The call followed the adoption of a motion of urgent public importance moved by Sada Soli Jibia (APC, Katsina State) at the plenary, on Tuesday.

Presenting the motion, the lawmaker said the CBN should bring its policies closer to realities than assumptions.

He said: “In global best practices, currencies are phased out, not forced out. Thus, adequate time is required for this policy to be successful.

“The policy, though a good one, it is not fair for the incoming government which requires a smooth transition that will help to promote sound financial system in the country.

“Coercing the people to accept the CBN policy within a short time frame will cause monetary challenges and impact negatively on the micro-economic activities across the country.”

The House therefore urged the CBN to extend the implementation of the cashless policy to at least one year as well as review the daily withdrawal limit and charges.

It also urged the apex bank to make the new redesigned N200, N500 and N1000 notes available to Nigerians.

The House called on President Muhammadu Buhari to intervene and prevail on the CBN to extend the deadline.