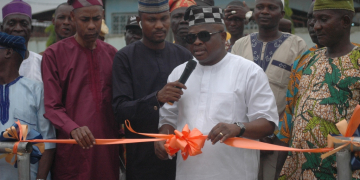 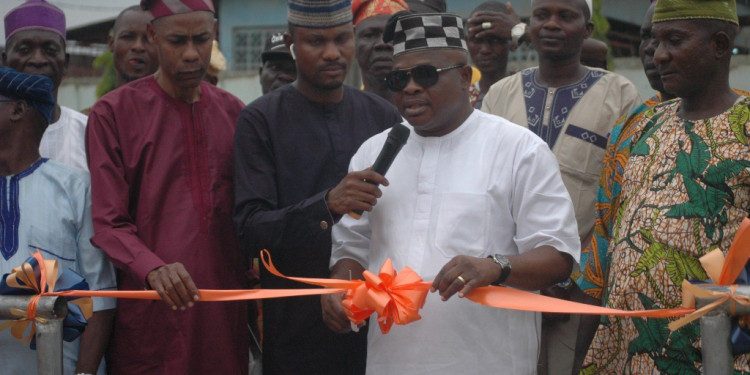 The Chairman of Oluyole Local Government Area of Oyo State, Prince Abass Aleshinloye, at the weekend, celebrated his first 100 days in office by commissioning some completed projects and unveiling projects completed since his swearing in on May 14, 2018.

At a reception held at the Council’s headquarters in Idi-Ayunre, Aleshinloye supervised the distribution of free exercise books to primary school pupils; distribution of instructional materials to teachers; empowerment of farmers with shelling machines and other farm implements and the unveiling of drugs meant for health centres in the local government.

The council boss also commissioned an impressive recreation and literary garden constructed within the premises of the council headquarters.

In a chat with reporters, he explained that “the garden is meant to encourage recreational activities and encourage children to read because a reading competition will be organized in the garden monthly. This is part of the innovative approach we are taking to develop education in Oluyole Local Government.”

Just before the commencement of the well attended ceremony, the council boss went round the local government area to commission and inspect ongoing projects. 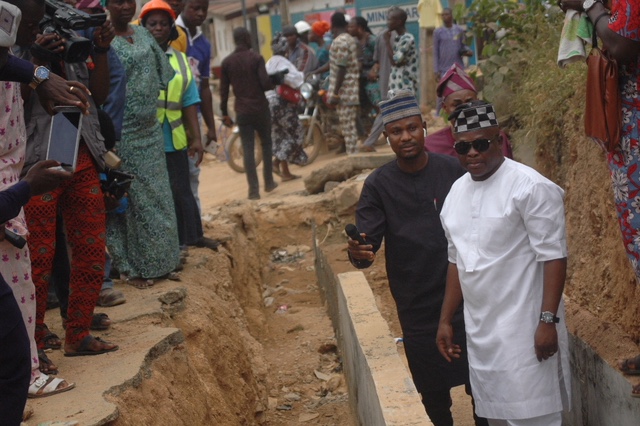 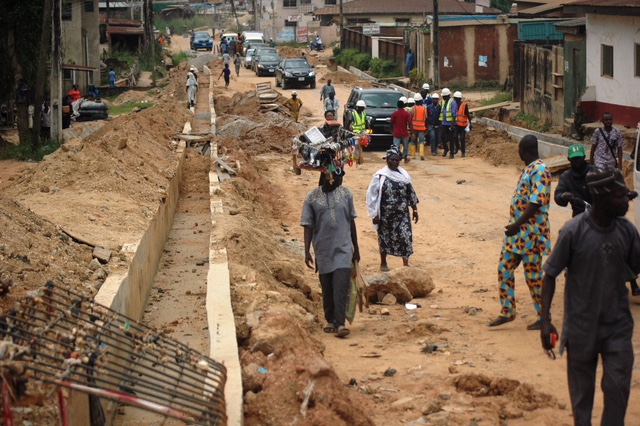 He commissioned a corporate car park at New Garage and a borehole provided for the people of Babalola Estate, Odo-Ona Elewe, Ibadan. He also went round Orita-Challenge, Arapaja road and Odo-Ona Elewe areas to assess the progress of the ongoing road projects being executed within the council area under the World Bank Assisted programme of the state government.

The Chief of Staff to Oyo State governor, Dr. Gbade Ojo, who attended the event, commended Aleshinloye for his ingenious approach to governance. He said he was marveled and impressed at what the council boss achieved within 100 days.

In a chat with reporters, he described Aleshinloye as a seasoned local government administrator.

“My appeal to him is that he must not rest on his oars based on what he has achieved within 100 days in a journey of three years. I advise other Local Government chairmen to take a cue from him.” Ojo said. He also congratulated Governor Abiola Ajimobi for identifying a “good material” in making Aleshinloye a caretaker chairman before his eventual election.

Speaking further in his chat with newsmen, Aleshinloye said the journey has been challenging but he had succeeded with the support of a good team in the council workers, his vice chairman, the councilors and people of the local government.

He recalled that upon assumption of office, he met six months unpaid salaries but with the assistance of Governor Ajimobi, has been able to reduce it to two months which will be cleared soon.

He revealed that “the council engages in routine immunization, environmental sanitation” adding that his administration has “sustained peace and peaceful co-existence of all tribes in the council area and provided logistic support for security operatives”.

Aleshinloye also disclosed that the administration has resuscitated funds for Community Development Associations and market associations.

He promised that apart from the conducive working conditions being focused upon by his administration, the next 100 days will witness provision of more basic amenities like public and school toilets, and rehabilitation of schools. According to him, the refurbished health centre will be commissioned soon.

PHOTOS from the 80th birthday celebration of Alaafin of Oyo