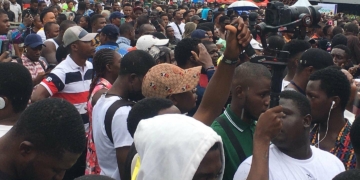 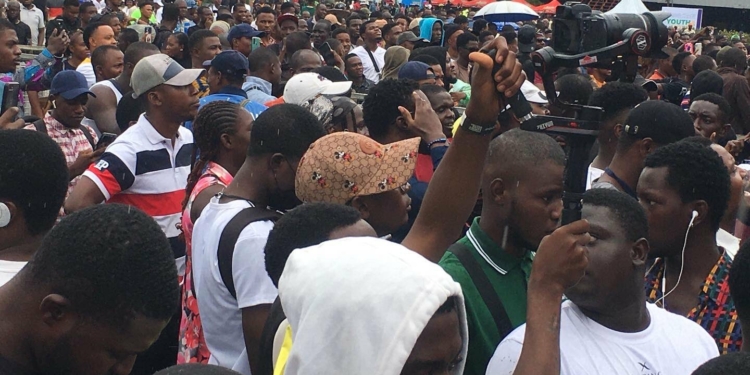 Nigerian female singers, Omawumi Megbele-Yusuff, popularly known as Omawumi, and her counterpart, Aituaje Iruobe, aka Waje, joined other celebrities to thrill fans at a political concert in Lagos, on Saturday.

The concert which was held at the Tafawa Balewa Square in Lagos attracted a mammoth crowd.

The event tagged, ‘Youth Vote Count 2.0 Mega concert’, is geared towards sensitising the youths on the need to register and vote in the forthcoming 2023 general elections.

A video of Waje’s performance at the event was shared on Twitter via the INEC official page.

The video was captioned, “@OfficialWaje using her power #VOICE to entertain the mammoth youth who turned up for the ongoing #YouthVoteCount2 in Lagos.”

Omawumi also thrilled the crowd as she performed her popular hit track, “If You Ask Me.”

“Na who you go ask if you no register to VOTE. @Omawumi using her strong VOICE to encourage the youths to get registered to VOTE at the ongoing #YouthVoteCount2 in Lagos,” INEC wrote on its official page.

Pictures also showed that the youths defied the rain to attend the star-studded event.

Some celebrities who attended the event include Falz, Mr Macaroni, Real Warri Pikin, Broda Shaggi, MI Abaga, and many others.

The Chairman of INEC, Prof Mahmood Yakubu; Lagos State Resident Electoral Commissioner, Olusegun Agbaje; and other members of the commission were present at the concert.