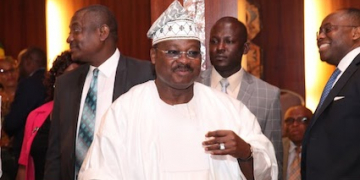 Ondo guber: Whoever we choose, will win, Ajimobi says as he heads screening committee

Ondo guber: Whoever we choose, will win, Ajimobi says as he heads screening committee 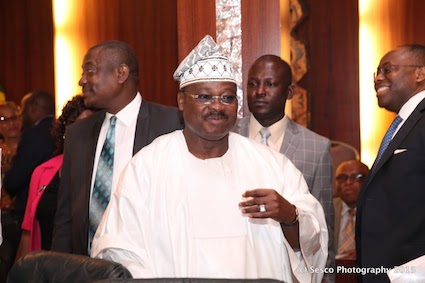 “As some of us are known as jinx breakers, anything we touch wins, this will not be an exception. Whoever we choose, I can guarantee, we will win”

Those are the words of Oyo state Governor, Senator Abiola Ajimobi. He was responding to his choice of leader of a seven-man committee to screen aspirants for the Ondo gubernatorial election primaries

“It is indeed our pleasure, honour and privilege to be given this opportunity to serve our party particularly on this onerous task of screening some of our members who are interested in becoming the governor of Ondo state.

“We are expected to be fair, just and ensure that those that we choose would definitely become the next governor of Ondo state. I believe once we are fair, once we look for quality, there is no doubt that we will win in Ondo state.

Other members of Ajimobi’s committee include:

Other members of the Anaekwe committee are Hon. Sadiq Abdullahi and Dr Bashiru Ajibola, Secretary.

The party’s Organising Secretary, Mr ex-Sen. Osita Izunaso, charged the screening committee to carry out due diligence of all documents submitted to the party by aspirants.

“The assignment of this committee is a very serious one. You are expected to look at the qualifications of the aspirants that have bought forms to contest for the Ondo state governorship on the platform of our party.

“Their qualification must be looked at in line with the 1999 Constitution and in line with our party’s guidelines as well.

“You must also make sure aspirants paid the N5million for the Nomination Form and N500,000 for the Expression of Interest Form.

‎The APC National Organising Secretary stated that the screening was mandatory for all aspirants who are not to be screened by proxy.