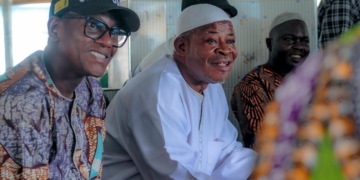 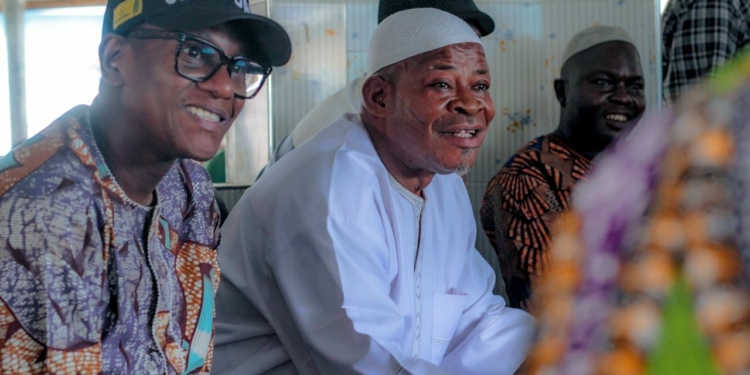 Supporters of Accord senatorial candidate for Oyo South, Idris Kolapo Kola-Daisi, as well as members of the Ido community were in joyous mood on Thursday, after the Onido of Ido land, Oba Muritala Babalola, disclosed that he will confer a chieftaincy title on the former banker.

Speaking during a campaign visit to the monarch’s palace, Kola-Daisi enumerated his plans for the senatorial district if elected in the 2023 election.

Responding, Onido of Ido, Oba Babalola, said he was impressed by the Accord senatorial candidate’s plans, especially for the youths.

“I have listened to you clearly, and our people too have heard your plans. I must say I am impressed by your intentions and plans to implement them. May your intentions for Ido and Oyo South align with Allah’s will and may they be granted.

“Inshallah, come the 26th of December, I will confer you with the title, Otun Bobajiro of Ido land. A màa já ewé oyè yìí lé e lórí. It is a title befitting of your desires and intentions for community development and true empowerment of the people. I’m impressed, I’m really impressed, especially by your thoughts and plans for the youths,” the monarch said.

This chieftaincy title is the latest honour conferred on the Accord senatorial candidate, following the recent titles he received in Ibarapa land.

“Otun Bobajiro” means the one who advises and reasons together with the King.